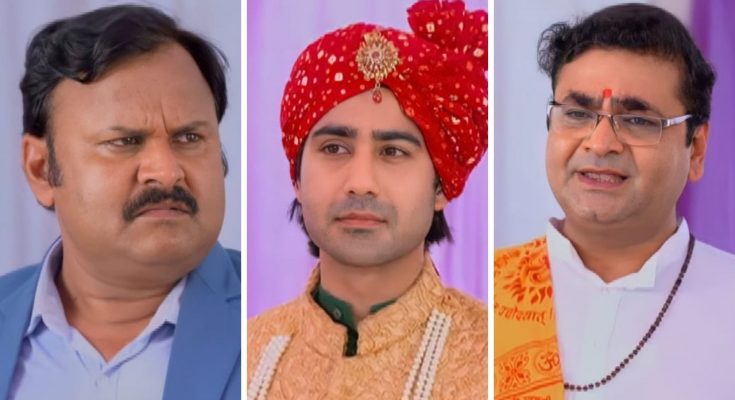 2nd June 2021, Mumbai: Vishesh tells everyone the truth, of how he turned up at the wedding. On the other hand, Shalu tells Rajveer that she had planned this right from the start. Hearing this Rajveer gets very angry and points the gun at Shalu. He informs everyone that no matter what happens, Rohan will get married today. He asks Bulbul to get married to Rohan. Bulbul is very upset and cannot deny as Shalu was at gunpoint. As she was about to make Rohan wear the Varmala, Narayan Shukla reaches the destination and stops Bulbul.

Meanwhile, Pandit ji informs everyone that Shalu and Vishesh are now married, hearing this Bachu pandey denies and does not consider this marriage. Vishesh on the other hand tells everyone that he is happy with Shalu and accepts her this way.

Will Shalu accept Vishesh as her husband?

Will Narayan Shukla share what incident happened with Rajveer’s mother?