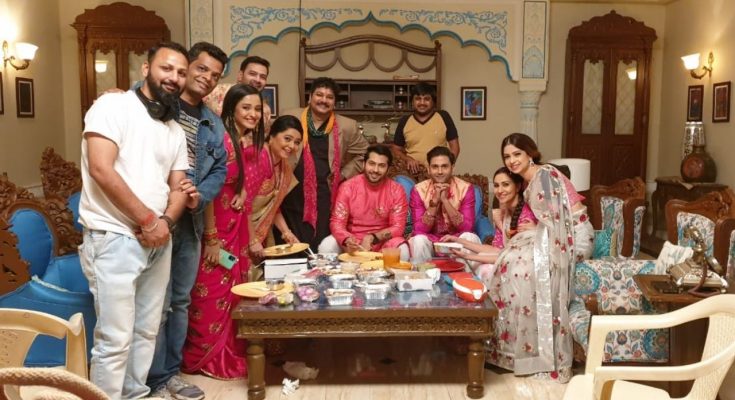 Mumbai 20th January 2021: Given the Hectic schedule actors are following these days, at most times, they miss out on even catching up with their co-stars. After over two months of shooting in parts and without having met one another, Dangal TV’s Aye Mere Humsafar recently got an opportunity to be together finally! Both the Kothari and the Sharma families had a reunion of sorts on set after a long time. The team bonded and caught up with each other over a widespread meal.

Sharing the fun experience of dining, Tina Phillip who plays the role of Vidhi Sharma says, “It’s always been a hassle to get the time and eat food between shoots. So, when the shoot got delayed, we decided to order some delicious food. From red sauce pasta to veg Thai curry to Malai Kofta to Surma fry we ate our fill. I was overjoyed to see everyone and I feel it’s a wonderful way of bonding and it’s the best way to know what’s going on in everyone’s life. I hope we get another chance like this soon.”

Pooja Singh who plays the role of Divya Kothari says, “It’s been a long time since we had a scene where everyone was present. It was great being with my co-actors and to make the most of it, we ordered a variety of food, I enjoyed the koliwada prawns and seekh kabab. It was a great way of spending time and catching up with each other.”

Looks like the cast had quite a leisure time and enjoyed the scrumptious meal from Silver Coin Restaurant.