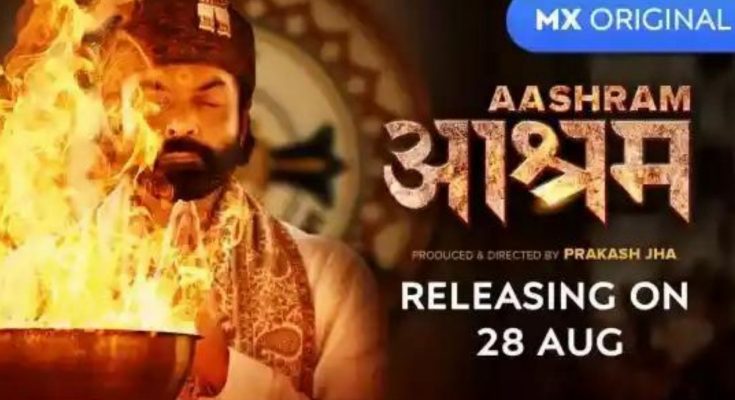 Director Prakash Jha is identified in Bollywood as a separate unique film director, His films always show a mirror to social issues or politics and society. Every time they come up with a good story with a current subject.

This time the story of Prakash Jha’s “Aashram” web series seems to revolve around religion, faith and Affiance. web series The story of “Ashram” is fictional.

Bobby Deol will be seen in the main character of Baba Nirala in Kashipur in Aashram web series, And he will also be seen with supporting Aaditi Pohankar, Anupriya Goenka, Sachin Shroff.

Director Prakash Jha shot it at ayodhya and the location around it, He has also taken some footage from Kumbh Mela, which you will see in “Aashram” web series.

Aashram web series is based on religion and faith. Which shows superstition a mirror to people.

Even before the release of “Aashram”, some people have also turned against it, And opposing it on social media.