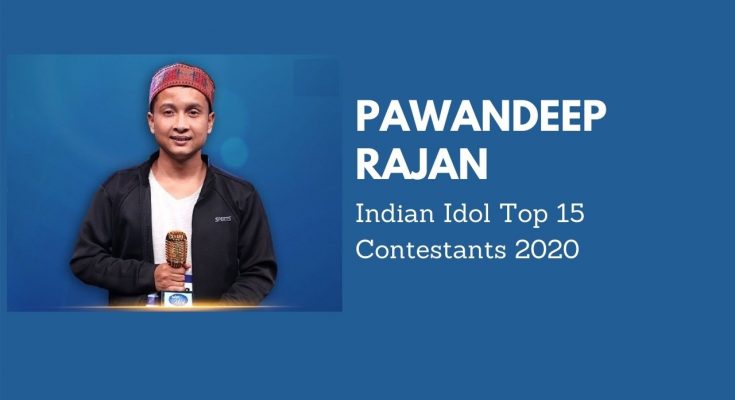 Indian Idol 2020 Season 12 contestant Pawandeep Rajan is from Champawat in Uttarakhand. Pawandeep, 24, is a very versatile singer in all genres of music and songs.

Pawandeep is also a music composer who has made a debut in the Marathi music industry as well as has sung many Bollywood songs, Marathi songs and songs in some Pahari films. Pawandeep’s voice echoes in the valleys of Uttarakhand, Pawandeep Rajan is a self-singer. Pawan loves playing many musical instruments such as guitar, keyboard, tabla, piano as well as dholak. Also, they know English, Kumaoni, Hindi languages.

Uttarakhand Government honored him as Youth Ambassador of Uttarakhand

On achieving many such things at this young age to Pawandeep Rajan, the Uttarakhand government has honored him as the Youth Ambassador of Uttarakhand.
Pawandeep performed at many music festivals not only in India but in 13 different countries, including Dubai, Malaysia, Thailand, South Africa and many more. The son of the very popular Kumaoni singer Suresh Rajan.

Winners of the music reality show Voice India Season I 2015.

Pawandeep Rajan is an emerging singer in the Indian music industry. His versatile and melodious voice has made the artist a very famous singer. He has been a part of many singing reality shows and even won The Voice India 2015.

During the Indian Idol 2020 audition, Pawandeep Rajan’s performance mesmerized the judges after singing the song “How Hua Tu So Important”. Because they said, you sang as if it is not a competition but a show. It was a compelling performance. Pawandeep Rajan was happy to hear the judges saying, “I am more excited now to perform in Indian Idol 2020.” I believe that with the help of this platform I can reach more people. I am really looking forward to this new journey and all the new things to be learned in this show.