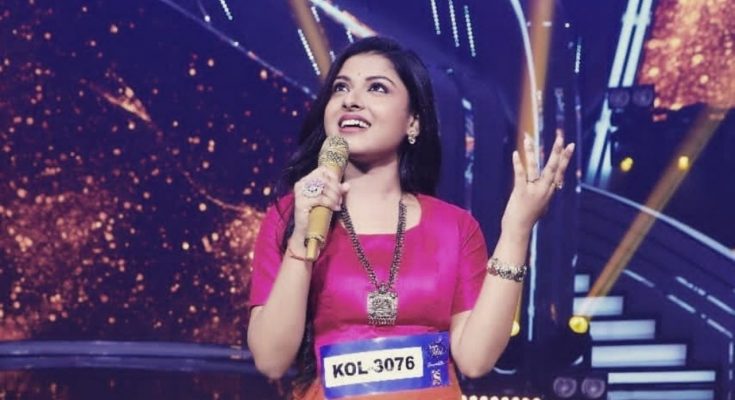 Arunita Kanjilal of Kolkata, West Bengal is a contestant of Indian Idol 2020 season 12. She has appeared in several reality shows and was the winner of the 2013 Zee Bangla TV show Sa Re Ga Ma Pa Lil Champs.

Arunita Kanjilal was born in 2003. She completed his schooling from St. Xavier’s School, Kolkata. Arunita started classical training at the age of four. His early mentor was his maternal uncle and later received further training from Ravindra Ganguly of Pune. The following year, in 2014, he was seen on the national reality show, Sa Re Ga Ma Pa Lil Champs. She was greatly appreciated by Mahaguru and Alka Yagnik. Arunita became one of the top 5 contestants under the mentorship of Monali Thakur and won the title of Manchur Gurur. Later, Kolkata girl Arunita Kanjilal won the title of Manchakkargore herself. Arunita Kanjilal’s parents encouraged her to adopt classical singing from an early age. Her maternal family is associated with music. Her mother is a singer herself.

In the Arunita Kanjilal Indian Idol 2020 season 12 competition she performed the song Satyam Shivam Sundaram which was appreciated by the judges. The same judge Vishal sir told Arunita Kanjilal that the voice is suitable for such songs and is the answer. His Top 40 selection was made after singing the song Satyam Shivam Sundaram and then came in the top 15. Neha Kakkar, the judge among all the judges, gave them this good news.