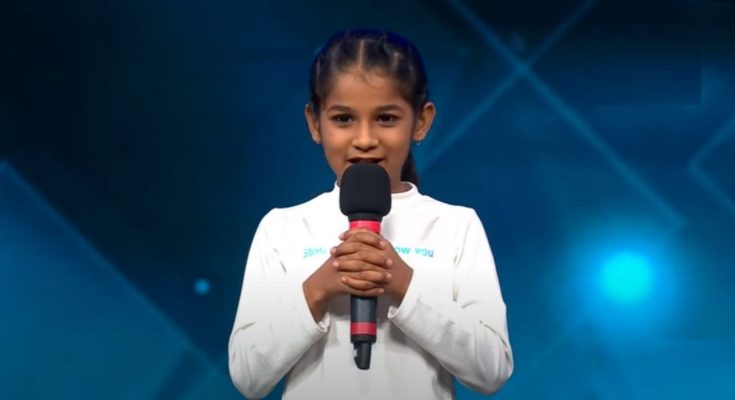 Super Dancer Chapter 4 is an Indian dance reality show. The show is judged by Shilpa Shetty, Geeta Kapoor and Anurag Basu. Super Dancer is back with Chapter 4 after a successful season 3 in a row after a season of super-top young dance talents. The new season promises mass and its scale, entertainment and versatility of talent from across the country. One of them is also Anshika Rajput.

Anshika Rajput is a resident of Bhopal Madhya Pradesh. Anshika was born on 21 July 2009 in Bhopal. She is 11 years old. Anshika Rajput loves her mother and father very much. Super Dancer Chapter 4 contestant Anshika is also a student of Amardeep Dance Institute. Anshika is survived by her parents and a younger sister. Anshika’s mother dreams of becoming a good dancer and won in Super Dancer Chapter 4. The same Anshika touched the hearts of all the judges of the show with her bang performance, all the judges of the show praised her excellent dance performance.

11-year-old Anshika Rajput and her choreographer Aryan Patra won the hearts of the judges by doing a banging dance on their fabulous Dance Ghoomar song. Seeing her performance, the three judges praised her by giving her a standing ovation, in the same mega audition, Anshika gave a great performance on Aishwarya Rai’s Kajrare song and all the judges of the show were stunned by this special performance. At the same time, his life story is also very special because his parents dared to raise voice against his family to fulfill and pursue the daughter’s dreams and this has brought courage to him. His daughter has fulfilled his dreams. .

After Anshika’s performance, her parents were called on stage and her parents said, “Ever since they have got daughters, they have had to listen to taunts from the society.” On stage, Anshika’s mother said emotionally that today because of her daughter, she went to the hotel for the first time, traveled by flight and never thought that she could experience it all. But this dream came to her due to her daughter Anshika. The show’s judge Geeta ji told her that you have to raise your daughters like daughters and not this son like this girl and this girl will brighten your name only. For Bikil is not made, Anshika is made for dance. Seeing his daughter’s praise, his parents’ eyes became moist.