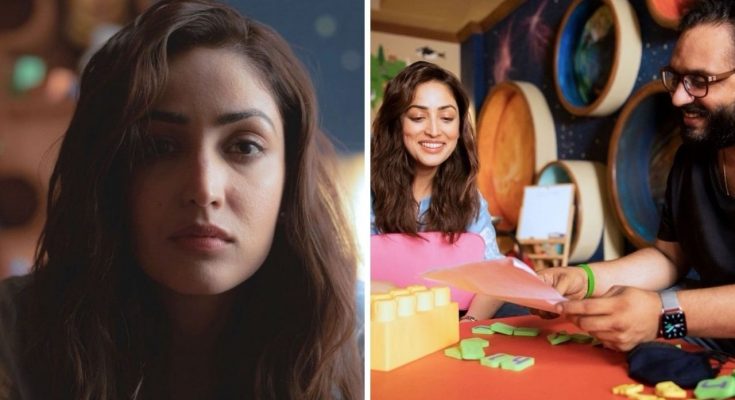 Actress Yami Gautam’s look in the upcoming thriller A Thursday was revealed on Tuesday. Yami Gautam will be seen playing the role of a school teacher named Naina Jaiswal in the film. In the caption on the first-look picture posted on the official Instagram page of producer Ronnie Screwvala’s production house RSVP, the mastermind is presenting Yami Gautam’s first look from A Thursday.

The film revolves around a play school teacher who takes 16 children hostage. The upcoming thriller A Thursday is written and directed by Behzad Khambata and the upcoming thriller A Thursday also stars Dimple Kapadia, Atul Kulkarni, Neha Dhupia and Maya Sara. A few days ago Yami Gautham and Neha Dhupia started shooting for A Thursday. Sharing a picture of the clapboard from the set of the film, Yami wrote Breaking News a series of unforgettable events coming your way, all of it on Thursday.

Apart from A Thursday, Yami will soon be seen in Bhoot Police where she will be seen starring alongside Arjun Kapoor, Jacqueline Fernandez and Saif Ali Khan. She will also appear in the film Tenth alongside Abhishek Bachchan. Yami was last seen in the Netflix release Ginny Weds Sunny alongside Vikrant Massey.