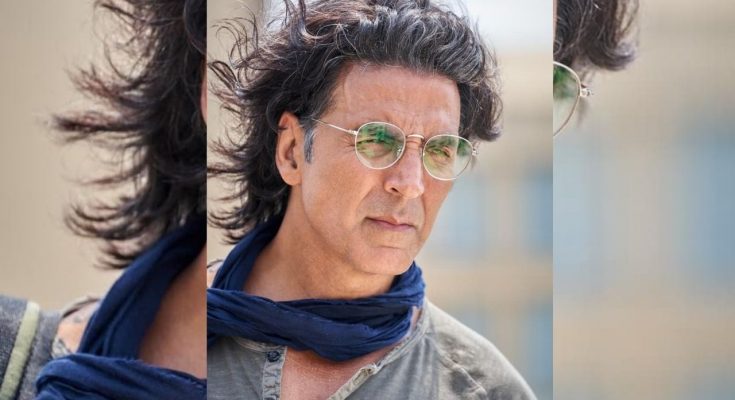 Akshay Kumar’s film Ram Sethu was shared on the first look social media. Actor Akshay Kumar shared his first look of the film Ram Setu on his Instagram and on Twitter with a poster. The actor began shooting for the film on Tuesday. Akshay Kumar calling it one of the most special films. Akshay revealed that he is playing the role of an archaeologist in the film. In the poster, the actor is seen wearing a long hairdo and glasses and draped a stall around his neck.

He wrote on Twitter that the journey to make this one of the most special films for me is starting from today. Shooting of Ram Sethu is commencing. Playing the role of an archaic artist in the film, as well as your thoughts written by your fans, I would love to hear your views. It always matters to me. He also shared a poster of Pooja on her Instagram and wrote it in a caption, today, Lord Shree Ram’s blessings were received at the launch of the film Ram Sethu in Sri Ayodhya. The film co-stars Jacqueline Fernandez and Nusrat Bharucha. The Muhurta of the film was filmed a few days ago in Ayodhya. The cast of the film went to the Ram Janmabhoomi temple where they officially worshiped and confirmed the film before commencing shooting.

Akshay announced the film on Diwali last year by sharing the film’s poster on his social media accounts. He also shared the first look poster of the film which was around the ideals of Lord Ram, the film is being directed by Abhishek Sharma and produced by Aruna Bhatia and Vikram Malhotra. The film Ram Setu is an action-adventure drama, a story that is deeply rooted in Indian cultural and historical heritage.