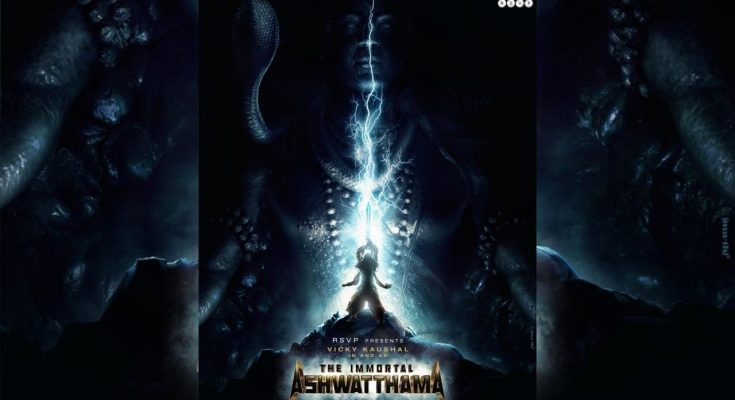 The first look poster of Vicky Kaushal’s upcoming sci-fi film The Immortal Ashwatthama was launched. The film actor has again co-starred with his Uri The Surgical Strike director Aditya Dhar and producer Ronnie Screwvala. In The Immortal Ashwatthama, the Kaushal warrior will play a role inspired by Ashwatthama, who played a key role in the war between the Pandavas and the Kauravas in the Mahabharata.

Overwhelmed and ecstatic !
On the 2nd anniversary of 'URI-The Surgical Strike' , the team gives you a glimpse into the world of #TheImmortalAshwatthama
Cannot wait to get onto this journey with the dream team of @AdityaDharFilms @RonnieScrewvala @RSVPMovies @soniakanwar22 pic.twitter.com/tYOVQ4FG1P

Sharing the photo on Vicky’s Twitter page, the actor wrote that he is overwhelmed and happy. The first look of The Immortal Ashwatthama has been released on the second anniversary of Kaushal’s film Uri: The Surgical Strike.

The film is projected as a futuristic sci-fi thriller based on a character from the chapter in the Mahabharata. Vicky Kaushal has shared the first look from his upcoming film The Immortal Ashwatthama. The film is written and directed by Aditya Dhar and produced by Ronnie Screwvala..

The film’s first look is by Ronnie Screwvala’s production house RSVP. One of the two posters shows a hand with mechanical devices attached to the fingers. One can see the strings and also a lit city in the background. A man with blue saber stands at the tips of the fingers, which is believed to be the character of Kaushal in the film. The second poster depicts a huge statue of Lord Shiva and a person standing in front of him, who is seen holding a sword in his hand.