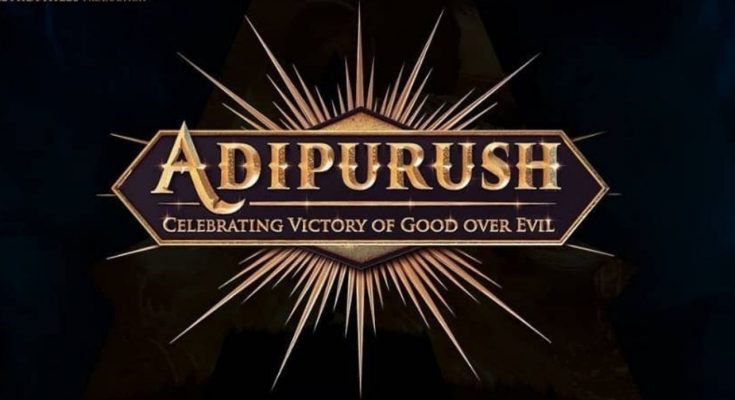 While waiting for the release of the 3D action drama film Adipurush, now that wait is over because the big announcement of the film Adipurus has been announced, the film Adipurus directed by Om Raut will be released on 11 August 2022. Adipurush will perform in theaters on August 11, 2022.

Adipurush film is the story based on Prabhu Ram

While sharing the film’s title poster on Thursday morning, Prabhas wrote Adipurus will arrive in theaters on 11.08.2022. The film that will “celebrate the victory of good over evil” Adipurush will be a Hindi-Telugu bilingual film, which will be released in Tamil, Malayalam, Kannada as well as several languages. This film is the story of Prabhu Ram. This is an aspect of the epic saga, it is a screen adaptation of the epic.

Taran Adarsh ​​has shared a banner of an Adipurush film on his Instagram profile showing the name of the film with a tagline. Adipurush wrote with “Celebrating Victory of Good Over Evil.” Also the release date is shared with the final 11 August 2022. The film stars Prabhas and Saif Ali Khan, directed by Om Raut and produced by Bhushan Kumar, Krishna Kumar, Om Raut, Prasad Sutar and Rajesh Nair.

Adipurus This is a 3D action drama, which will feature Om Raut’s first with Prabhas and the second with Saif Ali Khan. The 3D action drama Adipurush is set to play the role of Lord Ram in the film, while Saif as Raavan Will appear in Prabhas will be portrayed as a hero named Adipurush and Saif Ali Khan as a villain named Lankesh. Fans Adipurush were waiting for the film and now the makers have announced the date.

It is a mythological 3D film, directed by Tanji fame Om Raut. Prabhas plays the lead role in this film. This film is produced by Bhushan Kumar. Adipurush will be shot in Hindi and Telugu and dubbed in Tamil, Malayalam and Kannada.

Prabhas told his fans a day before that he is going to make an announcement related to the film.

On Wednesday, Prabhas shared the film’s logo on his Instagram profile to his fans and was excited to tell them that he would make an official announcement related to the film today. He wrote, “7.11 am.” Also featured with a tagline with the film’s name, Celebrating Victory of Good Over Evil. Regarding the fame, Raut was all praised and claimed that he was the perfect choice. “His whole personality, and the peace he has.” His eyes are so deep, his attitude, the way he appears he carries himself throughout his personality. I could see ‘Adipurush’ in it.