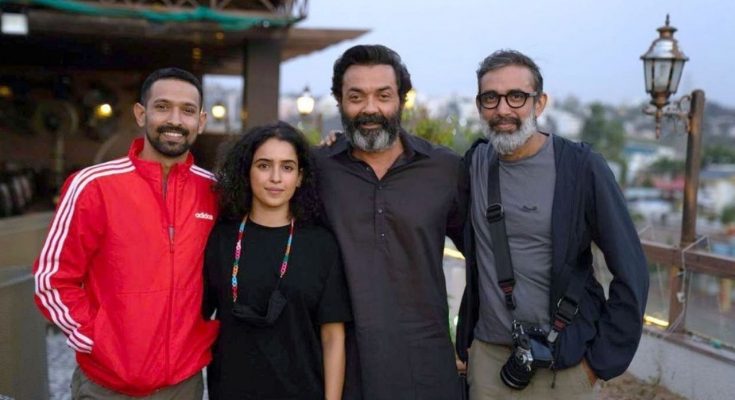 Shahrukh Khan’s Red Chilli Entertainment and Drishyam Films are coming up with a new film titled “Love Hostel”. Bobby Deol, Sanya Malhotra and Vikrant Messi will be seen in the film.

Love Hostel story is based on the journey of a young couple in a volatile life set in the backdrop of North India. Love Hostel has been written by Shankar Raman and will be directed by the same.

Shankar Raman is a National Award winning cinematographer who has previously directed the iconic film Gurgaon. Regarding the film, Shankar says that Love Hostel as a film questions not only our society but also the way we have taken to solve our problems. And tell that Drishyam Films has also shared the poster of Love Hostel. This is the second collaboration between Red Chilli Entertainment and Drishyam Films after Sanjay Mishra’s Kaamyaab. Love Hostel will be produced by Gauri Khan, Manish Mundra and Gaurav Verma and is a presentation of Red Chilli Entertainment and Drishyam Films.

A few days ago, Vikrant Messi has also posted a photo related to this film on his Instagram account, in which Bobby Deol, Sanya Malhotra and director Shankar Raman are also seen with him, with this post Vikrant writes “What a beautiful journey”. it has been so far, can’t wait to unfold what lies ahead. It’s a wrap #love hostel” The release date of the film has not been out yet, it is reported that the shoot of this film has been completed.