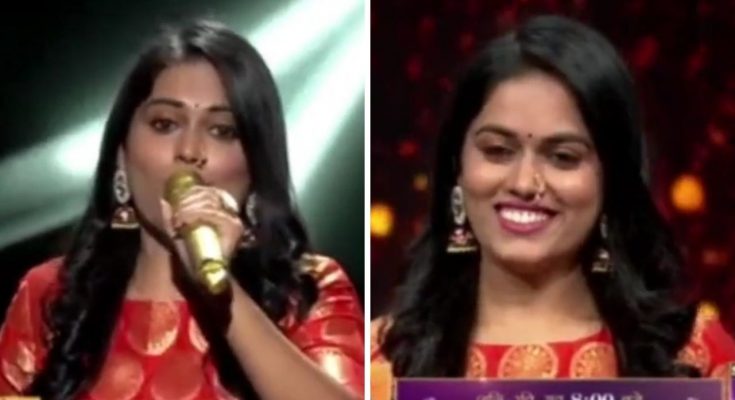 Indian Idol Season 12 contestant sayali kamble is from Mumbai Maharashtra. On the Indian Idol stage, sayali shared her story during the show which made the judges emotional. Sayali gave a snazzy performance on ‘piya tu ab to aaja’ in Indian Idol season 12.

Sayali kamble was born in a middle class Hindu family in Mumbai, Maharashtra. Her father is an ambulance driver. Due to Kovid epidemic, he started driving an ambulance to help Kovid patients. He has been engaged in Kovid for the last 6 months. sayali has been learning music since childhood and her dream is to be proud of her parents with whatever she does.

After being selected in the top-15 contestants of Indian Idol, he said, “With Indian Idol, I want to make my parents proud.” They have been my support system, always encouraged me. My dream with Indian Idol is fulfilled and I want to fulfill their dream too.

Sayali won the hearts of all the judges with his soulful rendition of veteran singer Asha Bhosle’s “aao na gale lagao na”. Not only this, she became the first Golden Mike winning contestant of the season to determine her final participation in the show. Judge Neha Kakkar handed over the golden mic to Sayali.