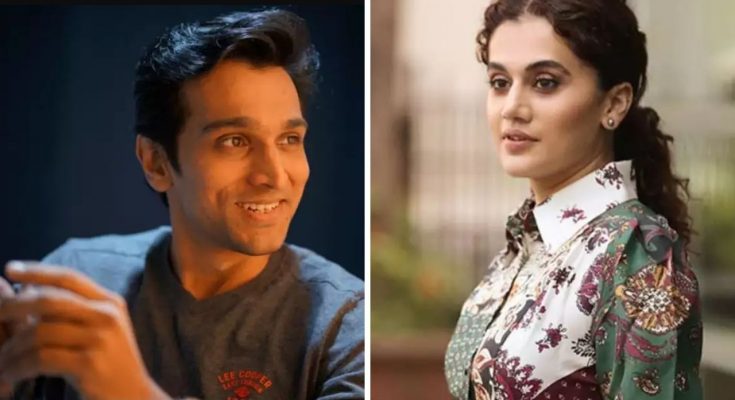 Filmmaker Siddharth Roy Kapoor gave this information on Monday, 22 February. Also Roy wrote in the caption, happy to announce our next production, it is full of crazy comedy and looking for a missing girl, Woh Ladki Hai Kahan Taapsee produced by Siddharth Roy Kapoor and Pratik Starring Gandhi and written and directed by Arshad Syed, will debut soon.

Tapsi Pannu and Prateek are seen in it. This is the same symbol Gandhi who played Harshad Mehta in Scam 1992. Arshad Syed will make his directorial debut with the film Woh Ladki Hai Kahan. The film is a investigative comedy in which Taapsee Pannu will be seen playing the role of a cop who will be seen in the role of an anarchist (Chowkidar) man played by Prateik Gandhi. Arshad Syed who has also written famous films like Karan Johar’s Student of the Year 2 and Abhishek Bachchan web series Breath: In the Shadow. It will also be Arshad Syed’s directorial debut.