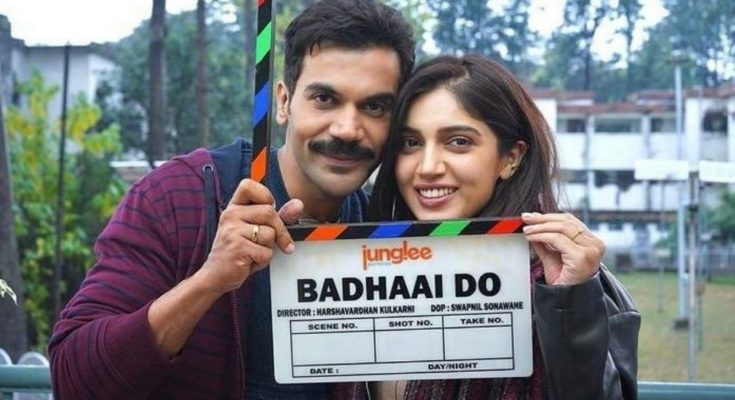 Rajkummar Rao and Bhumi Pednekar shared photos from the first day of shooting for their new film Badhaai Do. He can be seen wearing a sweater and jacket as he has started shooting since the winter. Also Rajkummar and Bhumi pose with clapboard. Sharing the picture, he wrote, “Shuru ho gaya hai hamari hai, Jahan hai both kings and queens, Shardul and Sumi hai love Kahge badhaai do.

The film is directed by Harshvardhan Kulkarni and produced by Jangali Pictures.

Bhumi Pednekar also shared a similar post on Instagram, in which it was written, new year, new beginning, new hum. Responding to Rajkumar’s post, director Vikramaditya Motwane wrote – Harsh Kulkarni is a brilliant director and I am glad that you are working with him. Good luck for the film and I hope you guys do well. Seeing this poster, a fan replied that Rajkumar looks like Akshay Kumar in his new form.

In the film Badhaai Do, Bhumi will be seen playing the role of a PT teacher, who wishes to play handball for the country and the same Rajkummar will play the role of a police officer. In the photos, Rajkumar can be seen with a thick mustache, while Bhumi can be seen in a de-glam look. Apart from this film Rajkummar Rao, Bhumi Pednekar is set as the role of film pictures from Badhaai Do