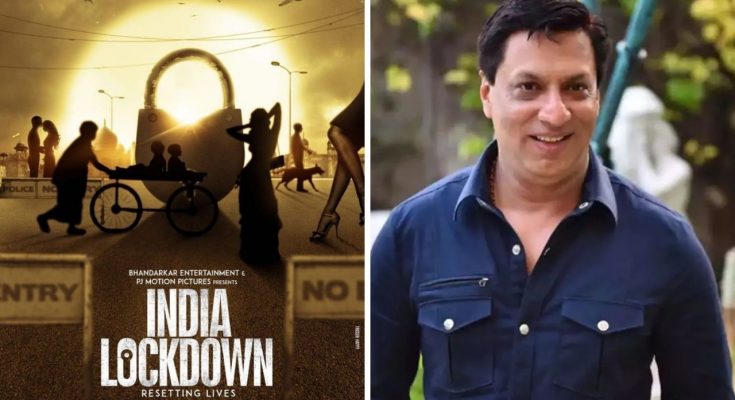 Director Madhur Bhandarkar, who always made a film on the true incident around him, has started working on the film on the actual incident every time. This time he is making a film on the lockdown that has been caused by covid19 and has also completed shooting. The title of the film has been kept as “India Lockdown”.

Ahana Kumra, who is excited about Madhur Bhandarkar’s next film India Lockdown 2021. Mr. Bhandarkar is back in his elements with the film and I am also kind of nervous as this is my first film of the year, it is a new beginning. So I am thrilled too.

Film director Madhur Bhandarkar Kahan Film India Lockdown is inspired by true events and the story is set around March-April 2020, the first two months of lockdown. It has multiple tracks running simultaneously, which are a story of migrant workers, sex workers, businessmen and lonely people. It will inevitably tackle poverty and segregation. We all imprisoned in our homes and for the first few months, we did not know what to do with our lives. We were not accustomed to this life. Through the film I will try to understand what helped us to survive. The film will feature Prateik Babbar, Ahana Kumra, Shweta Basu Prasad and Sai Tamhankar and other lead roles.

Trad analyst Taran Adarsh ​​informed about the shooting of director Madhur Bhandarkar’s film India Lockdown on his Instagram. Along with this, a picture of the team has also been shared in which all the members of the team are looking very happy. He mentioned in his caption that the film’s co-producers, Pradeep Jain and Pranav Jain, were also present during the ceremony with Madhur. In these photos, cast members of India Lockdown such as Prakash Belawadi and Sai Tamhankar are also seen posing with the director of the film.