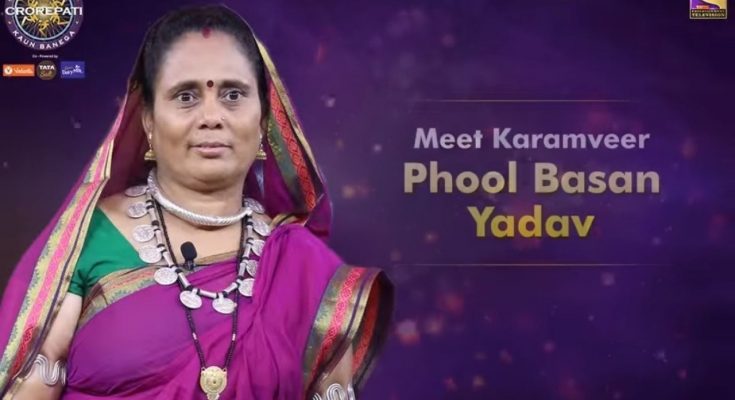 These days the popular show Kaun Banega Crorepati season 12 is airing, Every Friday there is a special Karmaveer in which people are called who are working to make the society aware.

In the 4th week of Kaun Banega Crorepati, Karmaveer will come in special, honored with Padma Shri, Phoolbasan Bai Yadav and the actress will accompany her on the hot seat Renuka shahane.

The Karmaveer Special was aired on Sony TV on Friday 23 October 2020, Every Friday there is a Karmaveer Special, This time, Karmaveer special came in Padma Shri awarded Phulbasan Yadav and Actress Renuka Shahane. Phulbasan runs an organization in Chhattisgarh whose main objective is to make women self-dependent.

Became the first contestant to win 50 Lakh in KBC12, However, it was Karmaveer Special.

The special thing is that Phoolbasan is not educated, yet he gave the initial questions of General Knowledge perfectly and quickly. 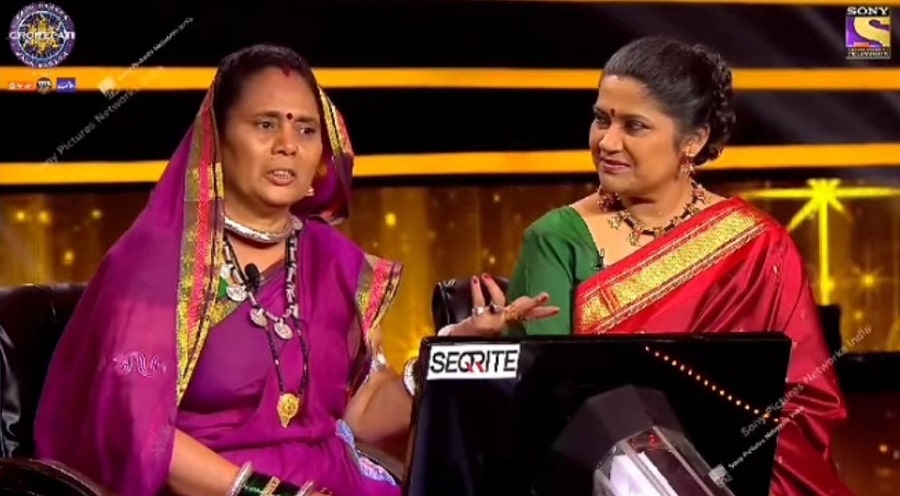 Amitabh Bachchan’s films Phoolbasan is very much liked. Big B tells him that he is like his brother, Whereupon Amitabh Bachchan said to him, ‘You have spoken to me brother, so please do not tell me sir from now on. Please tell Bhaiya Bhai.’

Phoolbasan Bai’s organization “Maa Bamleshwari Janhit Samiti” is doing a very beautiful job of making women strong and self-reliant, fighting against the evils of society, The institution has been working for almost 20 years and is still continuously working. Phulbasan Bai fought against the evils of the society and made more than 2 lakh women self-sufficient, including 160 villages.

Phoolbasan Bai told in the show that initially a group of two to three women is formed and they made a habit of collecting money of two rupees 2-2.

Phoolbasan Bai gave a very good example in the show to Amitabh Bachchan..

If you are alone then some idea will not come, like if the dog is stoned then it will run away, if you stone the cat, it will also run away but kill the bee and show it, that is the strength of an organization, organization.

When Amitabh Bachchan asked how he got the inspiration to do all this, Phoolan Devi said that we saw a lot of poverty, got married at the age of 10, so many days, see when there was nothing to eat, hungry Had to sleep.

“Maa Bamleshwari Janhit Samiti” is the main office in rajnandgaon chhattisgarh, The main objective of which is to clean the village, oppose liquor and illegal sale of liquor, plantation, water conservation, operation of sewing-embroidery center, blood donation, awareness campaign against child marriage and dowry system, along with education of poor and orphaned children. She is working to make women financially independent.