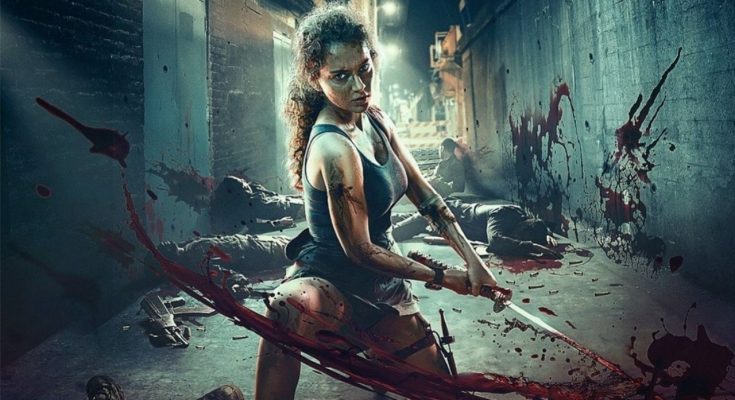 Kangana Ranaut announced the release of the dhaakad film by tweeting that the film will be released on October 1, 2021. kangana has also shared the poster of his film. He has also described his character as fearless and fierce. In the poster he shared, it seems that the audience will get to see a scene full of blood in the film. The kangana is holding a blood-soaked sword in his hand and proceeds to bite the bad guys who will stand in his way.

Written by Chintan Gandhi and Rinash Ravindra, the action-thriller is jointly produced by sohail maklai productions and Asylam Films and co-produced by Kyuki Digital Media.

Talking about the film, Kangana earlier said, dhaakad is not only a benchmark film for my career, but will also be a turning point for Indian cinema. The film has been launched on a large scale, and is a kind of female-oriented action film. kangana ranaut will appear in a full action role in dhaakad. The film also stars Arjun Rampal and Divya Dutta.