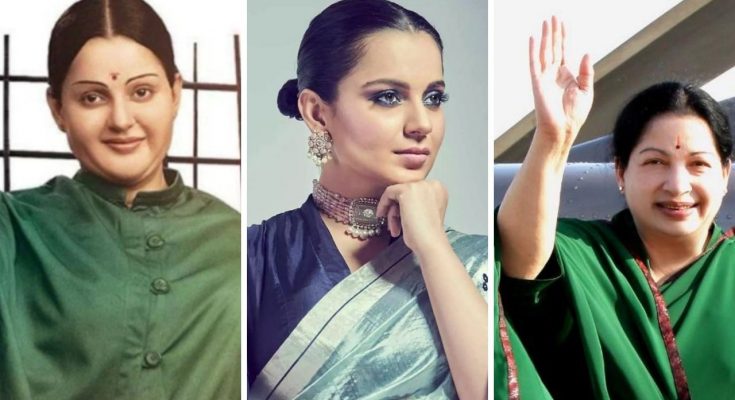 The film thalaivi on Jayalalithaa’s life will be released on 23 April 2021. It will be released simultaneously in three languages ​​(Hindi, Tamil and Telugu). Jayalalithaa served six times as the Tamil Nadu politician as Chief Minister. Before joining politics, Jayalalithaa was a big star of her time. Jayalalithaa has played the role of Kangana Ranaut. In the film’s poster, she looks exactly like Jayalalithaa. The film was directed by A.L. Vijay has done and is produced by Shailesh R Singh and Vishnu Vardhan Indoori.

On the day of Jayalalithaa’s birthday, Kangana announced the release date of thalaivi ‘on her Twitter account. The actress shared a short video and wrote, “Jaya Amma, the story of Apni Thalaivi in ​​theaters on April 23, 2021. This film by director AL Vijay, Thalaivi, a biopic based on the life of former Tamil Nadu Chief Minister Jayalalithaa, in Tamil cinema One of the most awaited films.

The film thalaivi is all set to hit the big screen on 23 April 2021. The film also stars Arvind Swamy, Prakash Raj, Jishu Sengupta and others in lead roles. thalaivi actress Bhagyashree will also appear in the role of Jayalalithaa’s mother. The film will be released in three languages, usually in Hindi, Tamil and Telugu. Apart from her political life, Jayalalithaa was also a big star of her time that she has acted in Tamil, Telugu, Kannada and Hindi films.