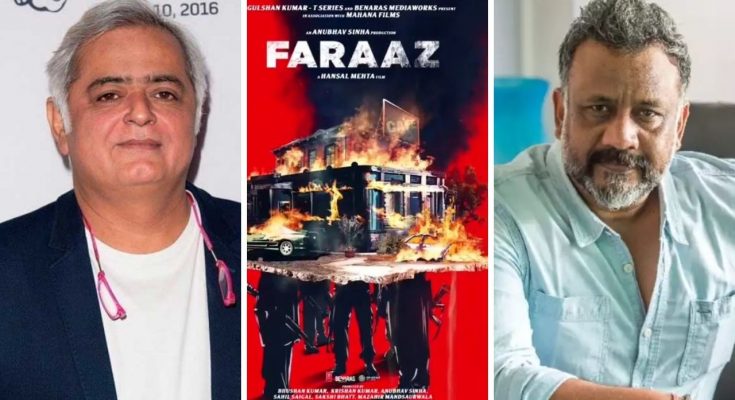 The kind of films that Anubhav Sinha makes are obvious, it easily touches the hearts of the people. So friends, now both Anubhav Sinha and Hansal Mehta are coming together with a film whose title has also been announced recently and the title of this film is Farraaz.

Friends, this film is based on the story of the terror attack on Holy Partition Cafe in Bangladesh in 2016. When the announcement of the film Farraaz happened, we also got to see a motion poster of it, we got to see that a building is on fire, there is a cafe above it, the cafe is burning as well as the sound of gunfire. But the building that is burning has been taken care of by the soldiers. Also talk about who is a part of this film, then Zahan Kapoor and Aditya Rawal are an important part of this film. Let us tell you that Aditya Rawal is the son of Paresh Rawal. As we have seen the motion poster, it looks like this film is going to touch our hearts.
Recently, social media analyst Taran Adarsh has shared this information and told that this film is going to be an action thriller.

Please tell that Hansal Mehta has previously made films like Scam 1992. The film will be produced by Anubhav Sinha, Bhushan Kumar, Sakshi Bhatt, Shal Saigal and Mazhir Mandsaurwala.