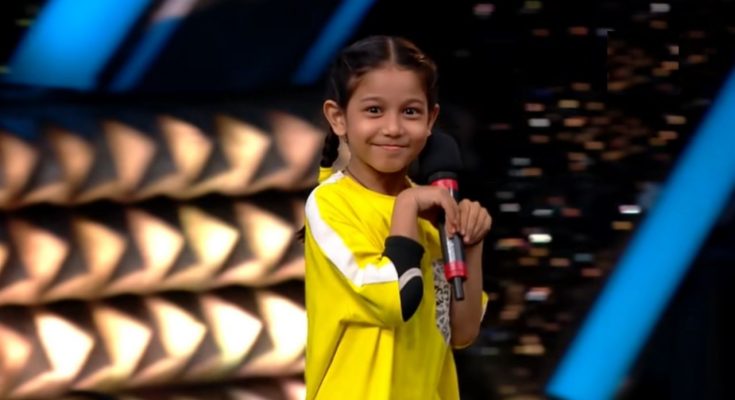 Florina Gogoi hails from Jorhat, Assam. Florina Gogoi was born on 24 September 2014 in Jorhat Assam, she is just 6 years old. She has been dancing since the age of 4. She is also a student of a dance academy. The little girl from Assam performed her dance wearing her father’s T-shirt, as she feels her father is lucky for her. At the age of 6, she owned the stage through her act.

The judges of Super Dancer 4 dance reality show, Shilpa Shetty Kundra, Geeta Kapoor, and Anurag Basu were stunned by Florina’s performance. Also, Geeta Kapoor, who always keeps a strict eye on determining the level of dedication and who was stunned by Florina’s dance, gave her an ovation. That show judge Shilpa Shetty Kundra went to the stage and someone’s bad For this, I did not see Florina black-eyed. Apart from this, the judge of the show Anurag Basu said that he has a pure Bachchan and it is unbeatable.

Florina was very happy when she got love and affection from all the three judges in the audition round and said, everything will be perfect when my dad is by my side, so this is the magic of my dad’s t-shirt which I loved the judges. Praise from Also, I feel very blessed that I have made my way up to here and I am very keen on making my place in my own in Super Dancer Chapter 4