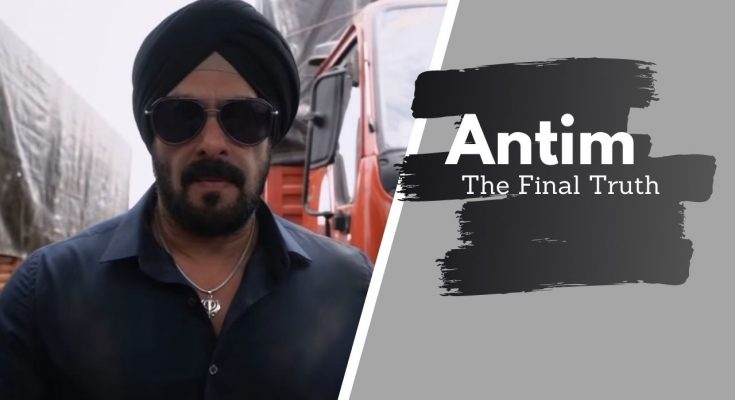 Actor Salman Khan’s look from the movie Antim The Final Truth has been going viral ever since Salman Khan’s brother-in-law and actor Ayush Sharma shared a video on his Instagram that created a stir on the internet.

In this video, Salman Khan is seen in a different look, in which he is seen wearing his thick beard and a black turban and dark glasses, as well as Salman Khan in a navy blue shirt and gray trousers. we have shown a slow movement with the back shot of Salman Khan. The video begins with Salman Khan walking towards Sabzi Mandi and later revealing his Sardar form.

His fans say that he looks beautiful with a beard and a turban. Comments on Ayush Sharma’s post indicate how excited Salman’s fans are about the film. One user commented on the great look, the other wrote that Salman Bhai cannot wait to watch the dashing film as usual.

Salman Khan will play the role of a “Sardar”

After Salman Khan completed his action-thriller Radhey, in which he showed a clean-shave look, he took time to grow his beard in this film and showed it in a new style. Salman Khan will play the role of a “Sardar” in Antim The Final Truth. Directed by Mahesh Manjrekar, the film is about two strong powerful characters creating an aura that has never been seen before in Indian cinema.