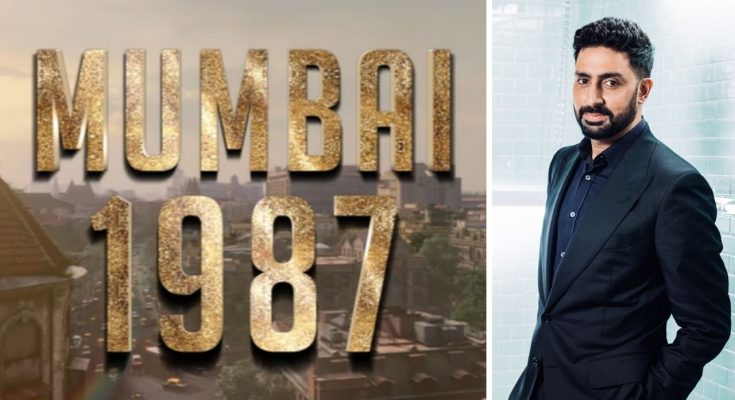 The 34-second teaser brought back memories of the hit Sonelive series scam 1992 Harshad Mehta Story, which was released last year. It became the most critically acclaimed and favorite among India’s OTT platforms. Trad analyst Taran Adarsh ​​shared the teaser of the film on his Instagram profile and informed about the release of the film as well as the trailer of the film written on 19 March 2021 and the film will be released on 8 April 2021. The film The Big Bull directed by Kuki Gulati stars Ileana D’Cruz as the actress as well as Ram Kapoor, Sumit Vats, Soham Shah, Nikita Dutta and Rekha Tripathi in the lead roles. The film is produced by Ajay and Anand Pandit. Abhishek Bachchan has shared the first teaser of his upcoming film The Big Bull. The film was founded in the late 1980s and early 1990s as a stockbroker.

The teaser begins with a 1987 Mumbai scene featuring the Gateway of India and Hotel Taj. Producer Ajay Devgan has lent his voice to the teaser. With scenes of the protagonist outside the stock exchange and in front of a Lexus car on screen, says Devgan, the world usually stops people born in poor families from dreaming big. That’s why he created his world. The Big Bull is inspired by the real-life events of Harshad Mehta, who made a name for his closeness with the country’s most powerful people in the political corridors of BSE as well as New Delhi. In one scene, Abhishek Bachchan signs a check in the form of Hemant Shah, who will be known with a fictional name despite the story based on the life of Harshad Mehta. Trailer was released on 19 March 2021. The film was earlier scheduled to release in October 2020, while the film will now be released on 8 April 2021 on Disney + Hotstar.

Check out The Big Bull on Disney+ Hotstar! Watch Now