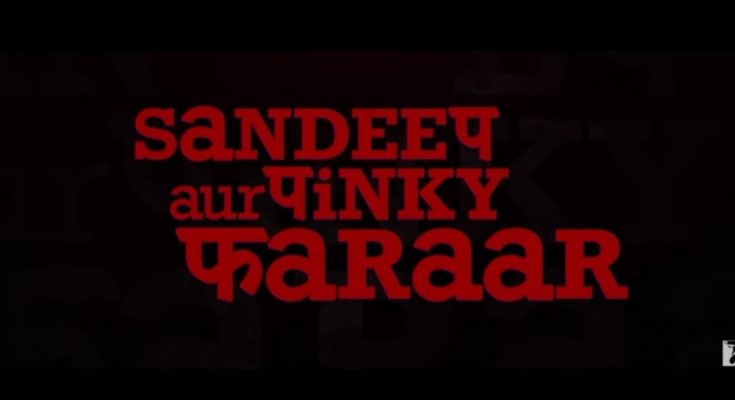 Arjun Kapoor and Parineeti Chopra starrer film Sandeep and Pinky Faraar release date has been locked by the producer. The film will be released on March 19, 2021. Arjun plays a Haryanvi policeman named Pinky, while Parineeti will play an ambitious girl in the corporate world named Sandeep.

Directed by director Dibakar Banerjee and produced by Aditya Chopra Apart from Arjun and Parineeti, the film also stars Archana Puran Singh, Sanjay Mishra, Neena Gupta and Pankaj Tripathi. The film will be released on March 19, 2021.

Bollywood actor Arjun Kapoor on Tuesday shared the second trailer of his upcoming film Sandeep and Pinky Faraar, in which the 2-minute trailer begins with Parineeti who plays Sandeep Kaur from Arjun who plays Pinky Dahiya. Asks where he is going. To which he responds, to jump into the well, do you want to come, it establishes an early bate love-hate relationship, which will be between the lead pair in the film. In this teaser, both are shown at a railway station. Arjun tries to kill Parineeti at the end of the trailer, trying to cross the ineligible boundaries.

Parineeti and Arjun go to a hill station to take refuge as they plan to escape. They try to cross the border of the country by illegal means. The comic sequence features glimpses of Raghuveer Yadav and Neena Gupta in a suspense-filled trailer. Jaideep Ahlawat discovers Arjuna and Parineeti’s mountainous location that they escape from there as well.