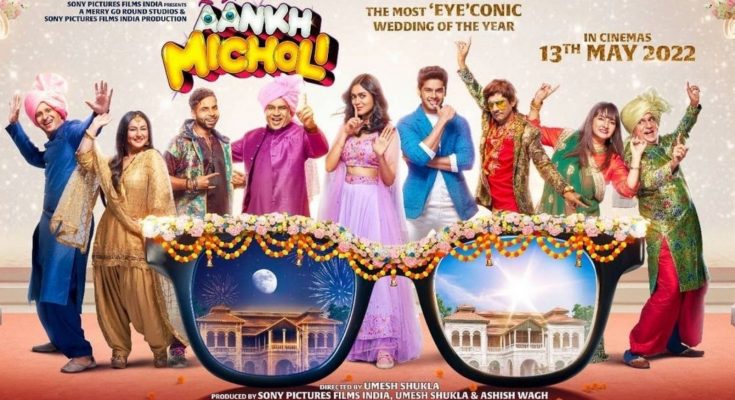 The release date of the family comedy film Aankh Micholi has been finalised. The film will be in cinemas from 13 May 2022. Paresh Rawal, Abhimanyu Dasani, Mrunal Thakur will be in the lead role and along with Grusha Kapoor, Sharman Joshi, Arshad Warsi, Divya Dutta, Vijay Raaz, Abhishek Banerjee and Darshan Jariwala will also be seen in this film.

Recently, the poster and release of the film was shared by the filmmaker on social media. The film will be in cinemas from 13 May 2022. It is a family comedy film. The film is being produced by Sony Pictures, Umesh Shukla and Ashish Bagh.