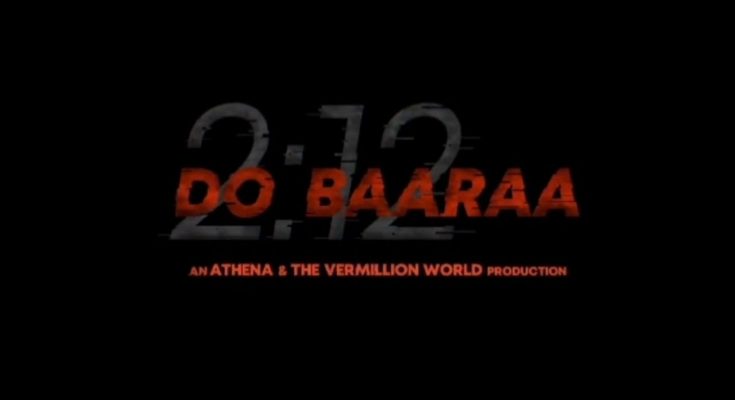 Bollywood actress Taapsee Pannu and filmmaker Anurag Kashyap are bringing back a new era thriller film. An interesting teaser of the film was released on Thursday, with Taapsee and Anurag both together. The teaser recounted the title of the film as a time of 2.12.

Earlier, Taapsee worked in director Anurag Kashyap’s film ‘Manmargiyaan’. Will now work in Dobara which will be a thriller film.

Anurag Kashyap has shared the upcoming movie again 2:12 of 2: 12 minute video on social media and shared the information of the film in which he has written