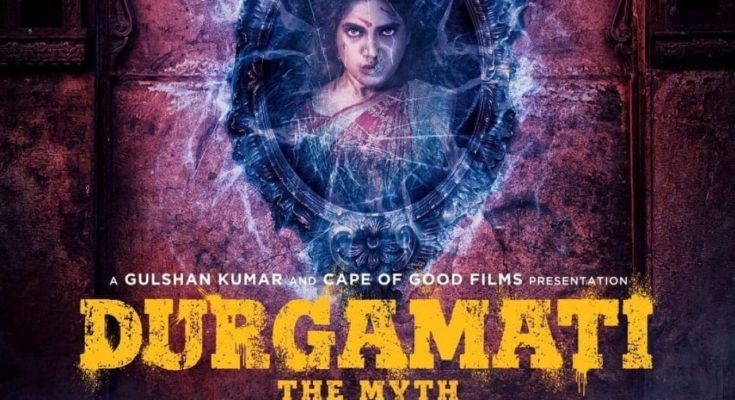 Bhoomi Pednekar’s next film Durgamati will be released on Amazon Prime on December 11, 2020, presenting the film by Akshay Kumar. It will be a horror thriller film and remake of the Telugu film Durgamati Bhagamathi which came out in 2018.

Earlier the name was Durgavati, but later it was changed to “Durgamati”

The film, Durgamati, was earlier renamed Durgavati and has since been changed to Durgamati: The Myth. Bhumi Pednekar has shared a poster of the film from his Instagram account, which shows him sitting in front of the door. The name of the film in the poster was written as Durgamati the Myth. Sharing the poster, Bhumi Pednekar wrote in Hindi: “Aa Rahi Hai … Durgamati.” In the poster, Bhumi was shown carefully through glass. His dot is seen to be stretched. This picture had a terrible quality and a scary picture is visible and it shows the scene of a dilapidated mansion.

Durgamati is being made by Bhushan Kumar and Akshay Kumar.

The film is presented by Cape of Good Films and Bhushan Kumar, produced by Vikram Malhotra and directed by G. Ashok. Bhumi Pednekar has previously worked with Akshay Kumar in the 2017 hit film Toilet: Ek Prem Katha. Durgamati is a remake of the hit Telugu film Bhagamathi. It starred Anushka Shetty in the lead role of a female IAS officer who has to face the ghost of a dead queen.

Last month, Bhumi Pednekar shared a poster of the film and he wrote: wrote in Hindi: “Aa Rahi Hai … Durgamati” What’s behind that door? You’ll soon find out, Durgamati is releasing worldwide, on December 11, 2020 on Amazon Prime.”

A poster dew has been shared in which everyone has taken a poster of their character in hand, in which the spast has shown who is the director, who is the producer, who is the hero and who is its producer. Arshad Warsi, Jishu Sengupta, Mahi Gill and Karan Kapadia will also be seen in Durgamati.