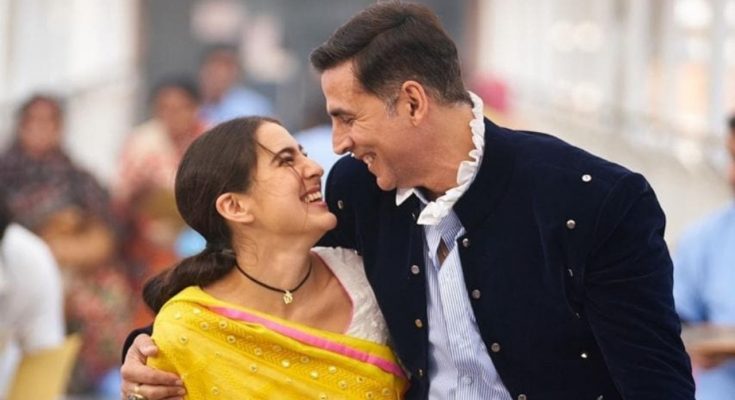 Sara Ali Khan, Akshay Kumar and Dhanush are all set to impress us with their upcoming film ‘Atrangi Re’. Sara, who has emerged as one of the most sought-after actresses in Bollywood, will be seen in a different style in the upcoming film. Akshay Kumar has started shooting for ‘Atrangi Re’ with Sarah in Greater Noida on Friday 4 December.

Dhanush will also be seen in the lead role in this film along with Akshay and Sara.

Several videos of Sara and Akshay from a set during the shooting have gone viral on the Internet. The pair are shooting in Greater Noida and their fans have recorded the video and shared it on their social media. In one video, Sara was seen running and leaping into Akshay’s arms while filming a scene on the city streets.