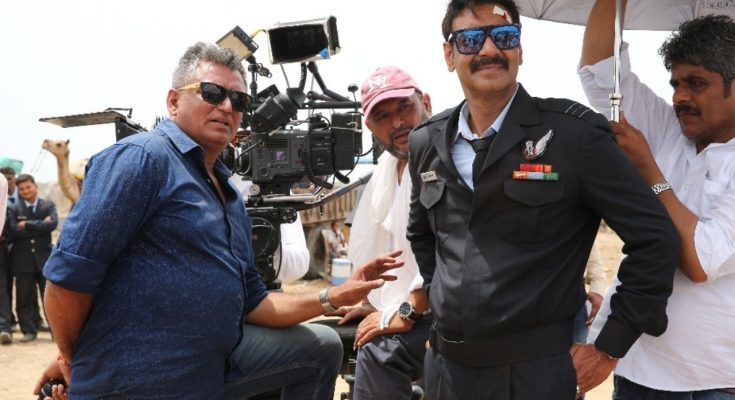 The film has been presented by T Series and Ajay Devgan Films. Bhushan Kumar, Kumar Mangat Pathak, Ginny Khanuja, Vajir Singh, Bunny Sanghvi and Abhishek Dudhaiya are the producers. Abhishek Dudhaiya is the Co-Producer, writer and director of this film.

After completing studies at Anjar, Rapar and Jamnagar in Gujarat, Abhishek Dudhaiya, came to Mumbai and worked with Mukul S Anand for “Trimurti” as an Assistant Director. He also worked with Ramankumar for “Raja Bhaiyya”,“Wah Wah Ramji” and “Sarhad Par” as the Assistant Director. Besides he directed many TV serials such as –“Tara”, “Sansar”, “Deewar”, “Suhag” “Ehsas” “Agnipath” “Sindur Tere Nam Ka” and “Life Ka Recharge” etc.

STREAMING TODAY AT 5:35 PM ON #DisneyPlusHotstarMultiplex

Abhishek Dudhaiya’s first film as a Director-“Bhuj: the Pride of India” is based on a real historic incident of 1971 Indo-Pak war. Ajay Devgan is playing the character of Squadron leader Vijaykumar Karnik, of the IAF, who was the in-charge of the Bhuj airbase that time and who had reconstructed the IAF airbase with the help of 300 women from the local village Madhapar. Squadron leader Karnik is considered as a hero of that incident. 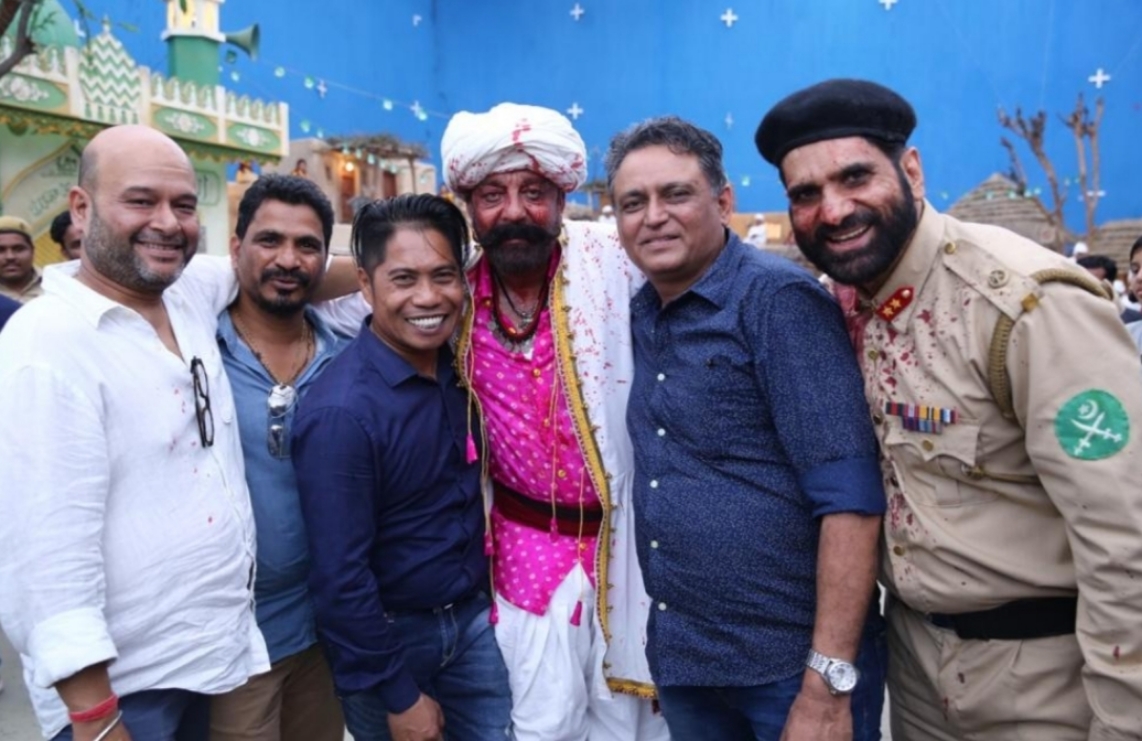 Narrating the development, Ajay Devgan said that “when I asked Squadron leader Vijay Karnik why did he give permission to “Bhuj: The Pride of India”? Vijay Karnik said that Abhishek Dudhaiya, who wanted to make the film on this topic came to me and told me that he did research and his team spoke to 50-60 women of Madhapar. Abhishek’s grand mother was one of the women who reconstructed the airbase. That is the reason I consented to the film, Karnik said As such I agreed to associate myself with this film”. 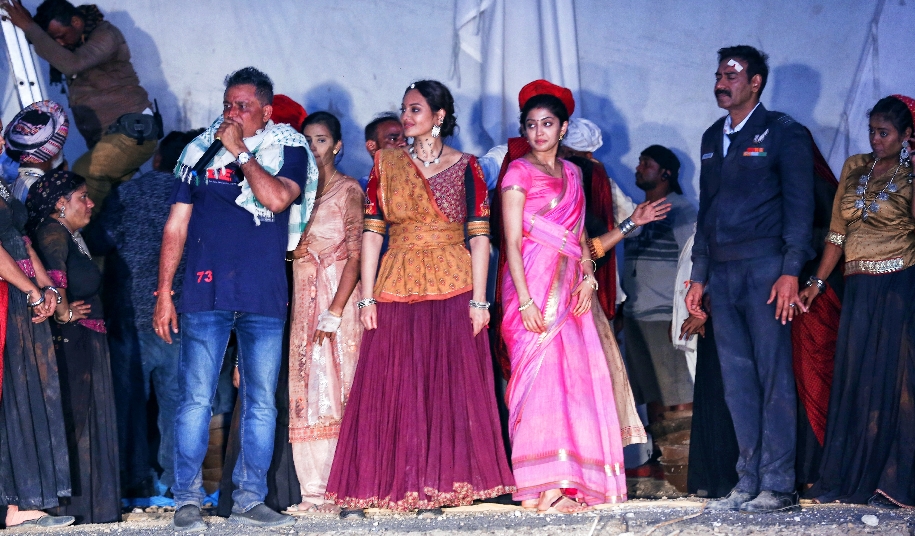 The excerpts of the interview with Director Abhishek Dudhaiya about the film “Bhuj: The Pride of India”:-

Your first film as a Director was completed with several veteran artists and now it is released. How do you feel ?

I feel very comfortable. It is my pleasure to work with them. All artists extended their support. Ajay Devgan extended maximum support because the film revolves around him. He is playing the role of Squadron leader Vijay kumar Karnik, who is the star of the film and Ajay Devgan has played his role very skilfully.

What is the subject of the film?

A. During 1971 Indo-Pak war, Pak forces bombarded and totally destroyed the IAF’s airbase in Bhuj in Gujarat. The Squadron leader Vijay Kumar Karnik, who was the then in-charge of the Bhuj airbase and his team, reconstructed the IAF airbase with the help of 300 women from the Madhapar and adjoining villages..The film depicts the same incident.

How you came across the idea of making the film on this topic ?

In that war armed forces and local people were working together. The film is the story of bravery of women from the village. My grand mother Laxmi Parmar was one of those women who had greatly contributed in reconstructing the Bhuj runway. She used to mention about this in my childhood. That memory inspired me to make this film. So I spoke to over a dozen women from Bhuj. Then I spoke to Vijay Karnik. After a lot of research I decided to make this film, which is before us now and is being appreciated by the people.

Which is your forthcoming film?

I am going to make a biopic on Shaurya Chakra awardee Saradar Bana Singh. At present I am working on the project. I will give full information about the project to you people soon. 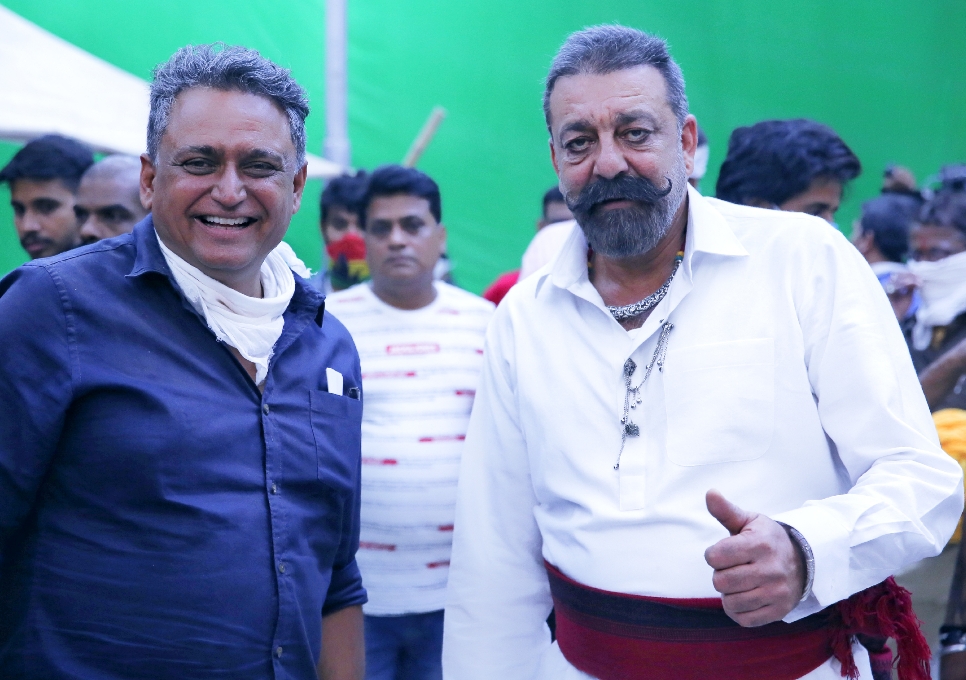