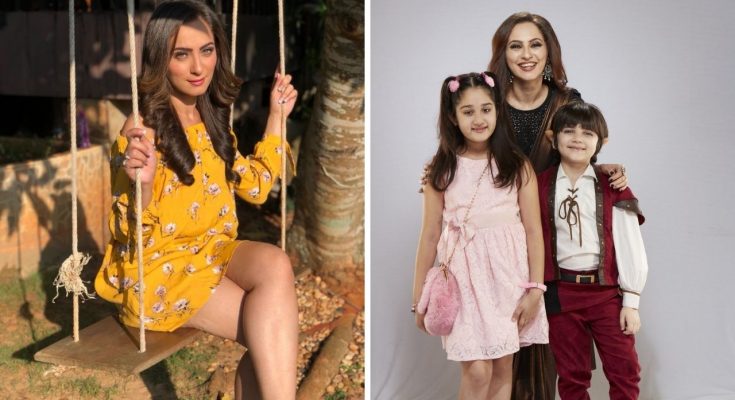 5th May 2021, Mumbai: Lavina Tandon came into the industry as a cute, young child actor who was loved by the audience and was seen in multiple shows. After more than 15 years in the field, she still has an impact on the audience as one of the edgiest actors on TV. Her fans have literally seen her grow old on TV. She started with a fantasy show and is back with another one named Nikki aur Jadui Bubble on Dangal TV where she plays an evil witch.

Talking about the difference she sees in child actors then and now, she says, “I don’t think we were as smart as the kids are today. During my time I had to be explained multiple times what I had to do in that particular shot but now before you complete your sentence the kids know what to do. You can ask these kids anything and they will have an answer ready for you. Also, as a child actor, I did not have any kind of distraction. I used to come on the set play for a while, sit with my mother or the assistant and keep going through my script. But these kids have social media right on the tip of their fingers. So, there are constantly scrolling, watching something or making reels even on set. I feel shocked even while saying it. This is one of the biggest differences between child actors then and now. I feel life was much easier then.”

She further adds, “There is a lot more of competition and a race of sorts going on today. Back then, our co-ordinator used to get a role for us or we would run for auditions. But today, you are considered famous if you have a good number of followers. Brands start approaching you and then you get more work. I personally feel things need to change. But on the brighter side, I learn a lot from the kids on sets and they are like an eye-opener sometimes.”

There are more than 10 kids on sets of Nikki Aur Jadui Bubble and Lavina thoroughly enjoys their company and has also become their favorite.