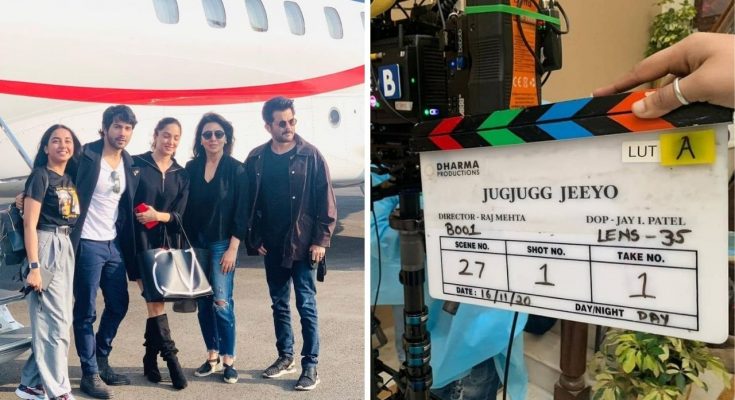 Movie lovers will soon get to see the chemistry of actors Varun Dhawan and Kiara Advani, as they will be seen together for the first time in their film Jug Jug Jiyo. film critic Taran Adarsh ​​shared the clapboard photo of Jug Jug Jiyo on his Instagram and Dharma Productions shared the first look of the on-screen couple and gave it a bizarre caption in which Varun Dhawan looks absolutely stunned.

The shooting of Jug Jug Jiyo started in Chandigarh, it is being produced by Dharma Productions and is being directed by Raj Mehta. Also, Varun Dhawan and Kiara Advani play the lead role. The pair will first be seen together in the film Jug Jug Jiyo.

Sharing the picture, which did not show her face, Neetu wrote: “Back on set after so many years. New beginnings and the magic of movies. I feel your love and presence. From Mummy to Kapoor sir, Ranbir has always been with me. Now I find myself different from everyone, even a little scared but I know that you are always with me.

Neetu Kapoor was in the process of recovering after losing to her husband Rishi Kapoor earlier this year. It is her children, she said, who asked her to act again. Sharing a picture with Anil Kapoor, Varun Dhawan and Kiara Advani, he wrote on Instagram, my first flight in these scary times is nervous for this trip while Kapoor sir, you are not holding my hand here, I know That you are with me we are all Kovid tested and safe, so removed the mask while taking the photo.