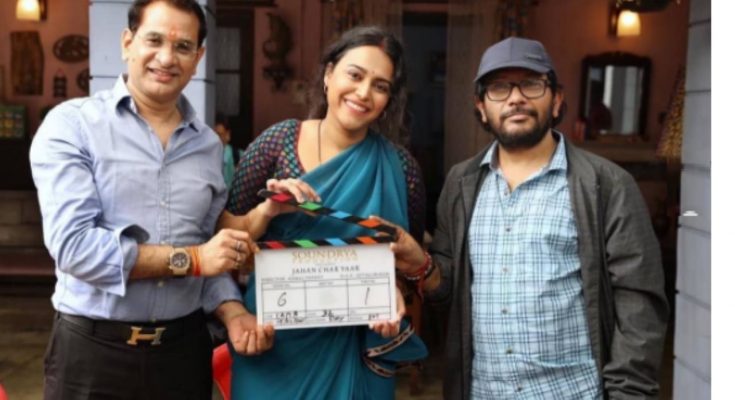 Swara Bhaskar recently shared a picture of herself from the set of her upcoming film Jahan Char Yaar on her Instagram. Whose director is Kamal Pandey. Film writer Kamal Pandey will step in to direct the film Jahaan Chaar Yaar.

Jahan Char Yaar also stars Shikha Talsania, Meher Vij and Pooja Chopra along with Swara and they will soon be involved in shooting. The film’s story is of four friends, challenged by a fascinating twist. Where four parallel characters who are caught in a web of monotony, migrate to Goa. This is where the lives of the four take a thrilling turn, like a roller coaster they never bargained for.