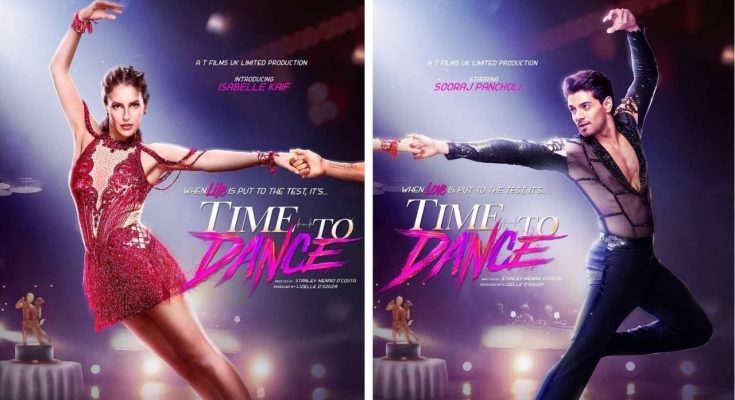 Suraj Pancholi and Isabel Kaif to appear in the movie Time to Dance. Katrina Kaif’s sister Isabelle Kaif and suraj pancholi shared the upcoming film “Time to Dance” first look. The film is releasing on Netflix on March 12, 2021. Along with the announcement of the release date, the makers have also shared the first look posters of the film’s actors. Isabelle and suraj pancholi shared the film’s poster by tweeting on their social media. The film also stars Isabelle as well as choreographer-turned-director stanley d’costa’s Bollywood debut.

Suraj Pancholi and Isabelle Kaif shared the first look associated with the film.

Isabelle Kaif shared the first-look poster of her upcoming film Time to Dance, in that poster, the actress is seen posing in a bright red dress. She wrote “First Look Is Here” Time to Dance, released on 12 March 2021.

Time to Dance is produced by Remo D’Souza’s wife, Liezel D’Souza. This will be Suraj Pancholi’s third film after Hero and Satellite Shankar.

Time to Dance film will be based on dance.