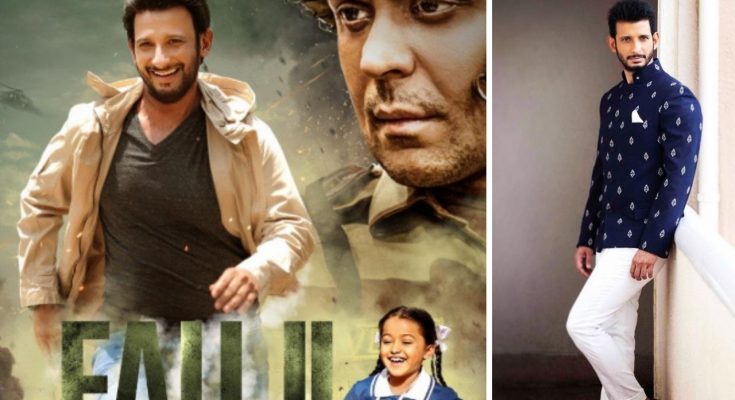 The release date of actor Sharman Joshi starrer film Fauji Calling has been set. The film will be in theaters on March 12, 2021. Sharman Gave information by tweeting. He tweeted with the film’s poster that a military encounters the enemy, but the family sacrifices, join a family in search of their military and celebrate the spirit of the Indian Army. Fauji Calling in theaters on 12 March 2021.

The film is written and directed by Aaryaan Saxena and produced by Vikram Singh and Owase Sheikh under the banner of Running Horse Films and Oveys. The cast of the film includes Sharman Joshi, Bidita Bagh, Ranjha Vikram Singh, Mugdha Godse with Zarine Wahab and Shishir Sharma.

During the trailer launch on 26 January, Vikram Singh said, I want to congratulate the team of Fauji Calling. It will be a source of inspiration for the youth and will be successful in invoking the feelings of patriotism. I’m sure of it The film tells the story of a soldier and his family. A soldier’s family plays a big role in his bravery. And I am sure that the people of the country will like the film. This will invoke a feeling of respect for the soldiers. I wish all the best for this film.

Fauji Calling is a film that is admirable today, in the film, a very strong emotional attachment between mother and child, love between a husband and wife, the relationship and respect between a mother and daughter-in-law and two hurt souls. – Gratitude and friendship to each other. This will be the story of the family of an army jawan. Fauji Calling The film is the story of one such military soldier who fights for the safety and security of his motherland, will he ever see his loved ones again.

Sharman Joshi’s back to back two films will be released, his next ‘Mumbai Saga’ is also releasing on 19 March. In this film, he will write the role of an inspector with John Abraham, Emraan Hashmi and Sunil Shetty in the lead roles.