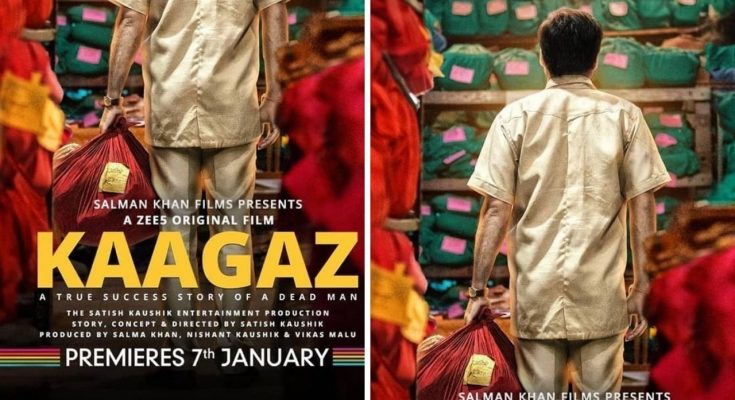 Satish Kaushik who is a good actor, is an equally good director. We all hope that the Satish Kaushik-directed film will be ready for viewers by January (2021), to impress us.

Pankaj Tripathi is in the main character

Satish Kaushik is not only the director but also the writer of the film. Satish has also shared a post Instagram related to his film Kagaz. Satish Kaushik talked about his film and said that he is thrilled with the story of Lal Bihari, a farmer of Azamgarh. He said that he kept newspaper cuttings with him. Satish Kaushik then mentioned that when he saw that films like Mary Kom and Paan Singh Tomar had paved their way to the screen, he decided that the time had come to bring the deceased Lal Bihari out of his files. The plot of the upcoming film Kagaz is also inspired by the content as it relates to the challenges faced by a farmer.

Taran Adarsh ​​wrote a poster of the film Kagaz on his Instagram account. The film will premiere on Zee-5 on 7 January 2021. Also written is Kagaz, a feature film directed by Pankaj Tripathi and Satish Kaushik, premiered on the digital platform, based on a true story.

Salman Khan Films and Dharma Productions have produced it

The story of kagaz is very spectacular

This film is going to be awesome. The film tells the story of Kisan Lal Bihari, who is alive, but has been declared dead on government records. He has to go through many obstacles and face a struggle. The film is very interesting and different.