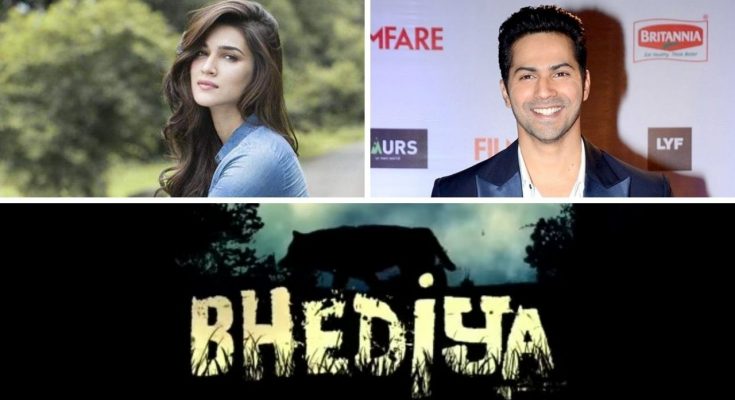 Varun Dhawan and Kriti Sanon starrer horror comedy Bhediya is scheduled to release in theaters on April 14, 2022. The film is directed by Amar Kaushik, who has made super hit films like the 2019 comedy Bala and Stree. The film has been written by Naren Bhatt who previously wrote films like Bala and Made in China.

Actor Varun Dhawan has shared an Instagram teaser of his upcoming film Bhediya. The film will portray him as a man who turns into a Bhediya on the full moon night. The teaser of the film depicts a dark and dense forest and at the end of it a man is seen standing on top of a cliff. He turns into a wolf looking up at the moonlight.

While sharing the video, Varun Dhawan gave a caption which read Bhediya’s obeisance to Stree Ji and Ruhi Ji, in theaters on 14 April 2022, Varun captioned his post. The film is produced by Bhediya producer Dinesh Vijan. He also produced the film Stree.

Kriti Sanon and Shraddha Kapoor have also shared the teaser.

Also, Kriti Sanon shared the teaser with her caption on her Instagram profile. The same Shraddha Kapoor also shared the teaser of the film, writing, Stree welcomes you to her fearful world, as well as showing the film’s release date.