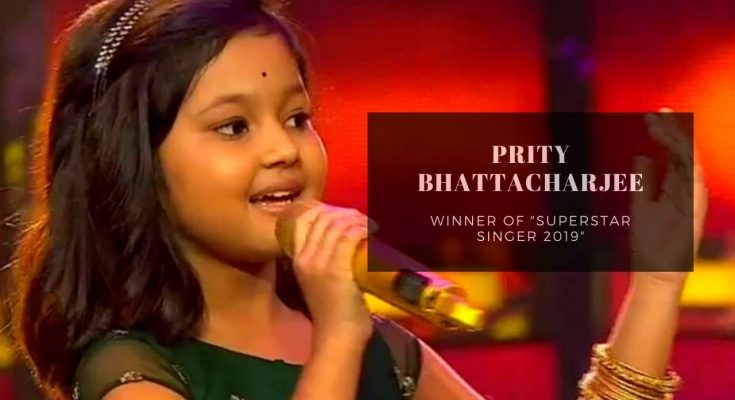 Little rising star, Prity Bhattacharjee is an Indian singer and belongs to Bengal family. She comes from Bardhman, West Bengal.

Prity is a melodious singer and stunned everyone by her singing talent. Under the focus of spotlight, Prity crowned as a winner of “Superstar singer 2019” which was broadcasted on Sony TV.

By her flawless and mesmerizing performance, Prity is having huge fan base. She is not only having amazing talent in singing but also well in dancing. She is well known for her dressing sense and accessories selection. Prity designs her own dress material.

Prity is daughter of Priyoto Bhattacharjee (Businessman) and Priya Bhattacharjee. She had taking training in music since her childhood. Prity actively participated in dancing, acting and singing during her school education. She is also active on social media like youtube, Facebook and Instagram.