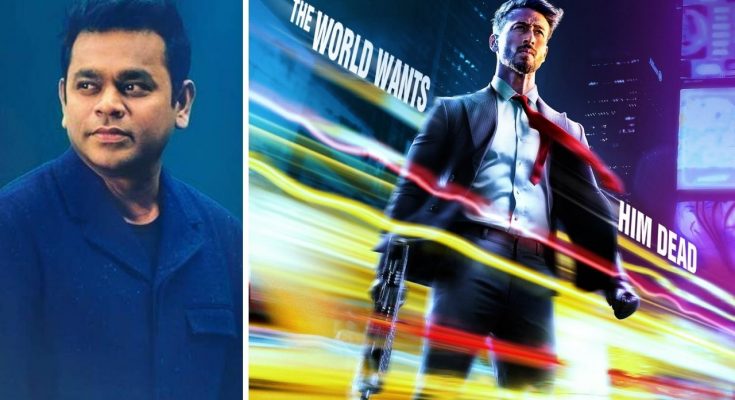 Hollywood & Bollywood great music composer AR Rahman and famous lyricist Mehboob have joined the team of Tiger Shroff’s upcoming film Heropanti 2. Bollywood actor Tiger Shroff also shared the post on social media and spoke with full respect and privilege to work with the legendary maestro. Tiger made his film debut with Heropanti (2014) which was directed by Sabbir Khan. He will rejoin Sajid Nadiadwala for the film’s sequel Heropanti 2. The film Heropanti 2 will feature Tiger Shroff and Tara Sutaria in the lead roles.

Heropanti 2 is the sequel to the 2014 hit film Heropanti by Tiger Shroff and Kriti Sanon. Both the stars made their Bollywood moves from the film. Now, in the sequel Heropanti 2, Tara Sutaria will also play the lead role in addition to Tiger. In February 2020, the first look poster of Heropanti 2 was shared. On March 2, Tiger announced the film’s release date with a new poster. He wrote My first love is back – action, thrills like never before let’s see it together in theaters on 3 December.

Earlier this month, on Tiger Shroff’s birthday, it was announced that the film would be released on 3 December. The makers announced the release of the film Heropanti 2 with the single poster of Tiger Shroff. Sajid Nadiadwala is producing Heropanti 2, while Rajat Arora is the writer. He is known for films such as The Dirty Picture and Once Upon a Time in Mumbai. Tara Sutaria is playing the character of the actress in the film. After Student of the Year 2, Tara and Tiger will be seen together again in Heropanti 2.