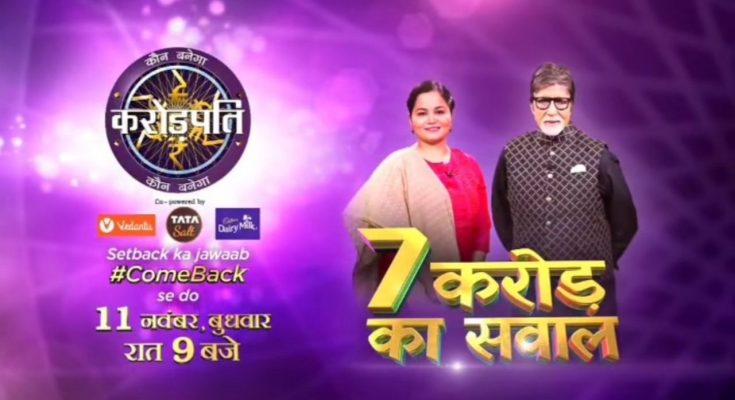 Meet Naziya Nasheem on Wednesday, November 11, 2020 at 9 pm, Jo Kaun Banega Crorepati Season 12 is the first contestant to have won Rs 1 crore. broadcast today (November 11), She will be asked the 16th question, which will be Rs 7 crore. The first millionaire of Kaun Banega Crorepati 12, Nazia Naseem credits her endless support to her husband and family.

Especially in a society where people predominantly believe that after having children, women cannot work or step outside the home. Kaun Banega Crorepati 12’s first millionaire actually believes that if a woman has a supportive husband and family, So everything in life is possible and achievable.

Nazia has reached the question of 7 crores and there is still a life line left. Nazia Naseem tried her luck on the Rs 7 crore question, but will she win. To know about this, watch this quiz show on Kaun Banega Crorepati 12 on November 11 at 9 pm.

According to the video uploaded on Sony TV’s official Instagram, Nazia Nashim says that “We have always believed in raising our daughters like our sons but it is time to raise our sons and our daughters”. Nazia Nasim is an alumna of the Indian Institute of Mass Communication and works as a group manager of internal communications at a reputed motorbike company.

Nazia became the first millionaire of the Kaun Banega Crorepati12

It was a question of 7 crores.

four options for this question –

The correct answer to this question was the first option i.e. Cathay Cinema Hall