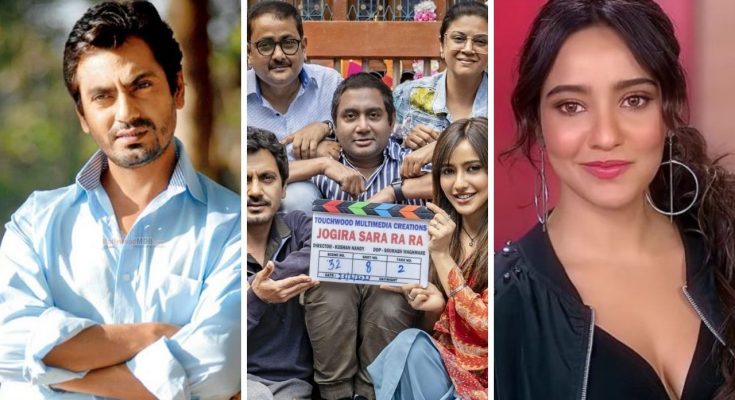 The film jogira sara ra ra also stars Sanjay Mishra and Mimoh Chakraborty. The writer of the film is Ghalib Asad Bhopali. Trad analyst Taran Adarsh ​​has shared a picture of the action board on Instagram with shooting nawazuddin siddiqui and a board in Neha’s hand with jogira sara ra ra written along with the film nawazuddin siddiqui and Touchwood Multimedia Creations Is produced by Kiran Shyam Shroff is the creative producer of the film written by Ghalib Asad Bhopali.

Nawazuddin Siddiqui posted on twitter related to the film

Nawazuddin Siddiqui posted a poster on his Twitter and Instagram account, starting a new journey with a bang for jogira sara ra ra, the film also features Neha Sharma, who was last seen in Ajay Devgn’s film ‘Tanaji the Unsung Was seen in the Warrior. The same actress Neha Sharma recently shared the information of shooting of her film jogira sara ra ra to her fans on her Instagram.