Nach Baliye is a dance, reality-television series on the Indian channel Star Plus. The show is a popular couples dancing contest. The first and second season aired on Star One and then shifted to Star Plus.

Sachin Pilgaonkar, often known by his first name Sachin, is an Indian film and television actor, director, singer and producer.

Supriya Pilgaonkar, often known by her screen name Supriya, is a Hindi/Marathi actress. She is the wife of Hindi/ Marathi actor Sachin Pilgaonkar

Hussain Kuwajerwala is an Indian television actor, anchor and dancer. After several modeling campaigns and commercials Kuwajerwala landed a role in the Indian soap opera Kyunki Saas Bhi Kabhi Bahu Thi which was followed by lead role in Kumkum.

Shaleen Bhanot is an Indian actor from Jabalpur He went on to appear in several Indian TV series and movies. He currently is doing two films, Love ke Fundey and Chal Jhutey, he was last seen in Indian series Suryaputra Karn where he played the role of Duryodhana.

Dalljiet Kaur is an Indian television actress. She is primarily known for her portrayals of Niyati in Kulvaddhu, Anjali in Iss Pyaar Ko Kya Naam Doon? and Manjiri in Kaala Teeka. She has also won Nach Baliye 4 with her partner Shaleen Bhanot. She is also famous for her current role of Karuna in Qayamat Ki Raat.

Jay Bhanushali is an Indian television actor best known for his portrayal as Neev Shergill in Ekta Kapoor’s Indian soap opera Kayamath that aired on Star Plus.

Mahhi Vij is an Indian model and actress. She is known for playing the role of Nakusha in Laagi Tujhse Lagan and Nandini in Balika Vadhu. Mahhi along with Jay won the title of Nach Baliye 5 in 2013.

Asha Negi is an Indian television actress. She is recognised for her roles in the shows Pavitra Rishta as Purvi, Ek Mutthi Aasmaan as Kalpana, Kuch Toh Hai Tere Mere Darmiyaan as Koyal. She won the Indian dance reality show Nach Baliye 6 along with her partner Rithvik Dhanjani in 2014.

Himanshu malhotra is an Indian actor. Himmanshoo first came to light when he was selected to participate in Zee Cinestars ki Khoj in 2004. The actor is a familiar face on Indian television as he has appeared in various shows like Hum Tum, Bindass Champ, Seven, Shubh Kadam, Aap Ki Antara, and Bhagonwali-Baante Apni Taqdeer.

Amruta Khanvilkar is an Indian film actress who appears in Bollywood and Marathi movies. Khanvilkar has appeared in Hindi and Marathi films and established herself as one of Marathi cinema’s leading actresses and an accomplished dancer. Her roles in the films Katyar Kaljat Ghusli and Natrang were appreciated. She appeared in Meghna Gulzar’s Raazi.

Divyanka Tripathi, also known by her married name Divyanka Tripathi Dahiya, is an Indian actress who works in the Hindi television industry. She rose to fame by playing a dual role in Zee TV’s serial Banoo Main Teri Dulhann for which she won the Indian Television Academy Award for Best Actress – Popular. 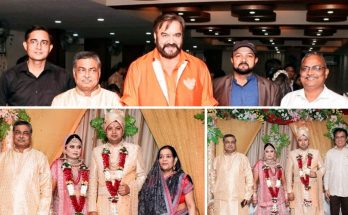