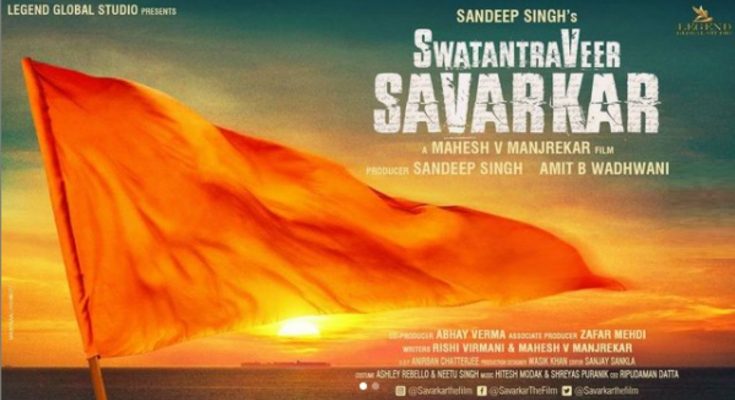 Actor director Mahesh Manjrekar will direct a biopic based on the life of Veer Savarkar. The film is named Swatantra Veer Savarkar. On the 138th birth anniversary of freedom fighter Vinayak Damodar Savarkar, a biopic has been announced. Also the first poster of the film was shared. Sandeep Singh and Amit B Wadhwani will co-produce the film. Mahesh Manjrekar is also the co-writer of the film.

Sharing the first poster of the film, Sandeep Singh wrote, “The whole thing of the history of independence is yet to be found. Meet independence very soon from Veer Savarkar …. Veer Savarkar is equally respected and criticized.” Today he has been made a polarizing figure, but I think it is because people do not know enough. No one can deny that he was an important part of our freedom struggle and our endeavor is to give a glimpse on his life and journey.

Vinayak Damodar Savarkar, popularly known as Swatantra Veer Savarkar, was an Indian activist and politician. He was to formulate the Hindu nationalist philosophy of Hindutva. He also served as the President of the Hindu Mahasabha. Savarkar supported the idea of ​​Hindu Rashtra, Savarkar was born in Maharashtra in 1883. Ever since Hindutva and cultural nationalism have taken center stage in Indian politics, he has been at the center of public discourse.