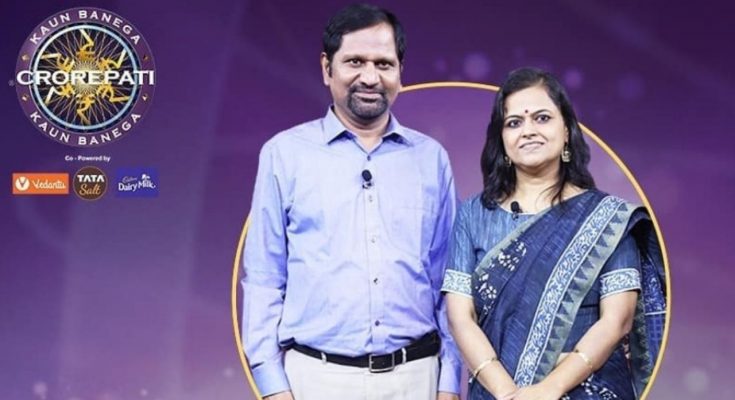 The popular Show “Kaun Banega Crorepati” aired on Sony TV where people not only open the door to luck with their knowledge, but many ordinary people who become the ideals of the lives of others. It also inspire the feelings that we have around us Despite being able to see clearly.

In the episode airing on 16 October 2020, Mr. Gyanendra Purohit and his wife Monika Purohit, The head and founder of Indore’s “Anand service society”, have been invited as Karmaveer. During the episode, he shared many things that reflect the dark picture of society.

Gyanendra Purohit shared the harsh story of his life behind opening ” Anand service society “. He told that “Anand” was actually the name of his brother, who could not speak and hear, after his untimely death, a MUKBADHIR institution was opened in his name to pay true tribute to him.

Along with this he said that “Even after his death I feel that he is touching me again and again and saying,” You can’t tired, you don’t give up. We have to take those children forward and bring them into the mainstream of society “. Hearing this, we can’t stop our Goose bumps..

While sharing this, his and Amitabh Bachchan’s eyes also became moist.

The talk shared by Monica Purohit reflects the blurred reflection of the society that we are also part of. She says that when the child turns 5 months after birth and parents came to know that he/she cannot speak at the same time, their attitude Changes, they feel embarrassed to tell the society that our child has become dumb.

After rejection by the feelings of parents, when a child enters the society, he is made a part of the social joke. People consider him a distortion of society.

Gyanendra Purohit And Monica Purohit won 25 lakh rupees from KBC, which he will use for Anand Service Society

During the episode, many such things were shared which shows the emotionless society, on this Amitabh Bachchan ji also expressed his views that “these kids can’t hear or we don’t want to hear these people really can’t say anything or We do not want to understand them ….

Unfortunately it is not their problems that they cannot hear the words, but it is our misfortune that we cannot feel their pain while being around them.”

This effort initiated by KBC exposes the image of ordinary people hidden behind the wall of well-known, who are engaged in social service beyond their selfishness, it undoubtedly shows social welfare all round.