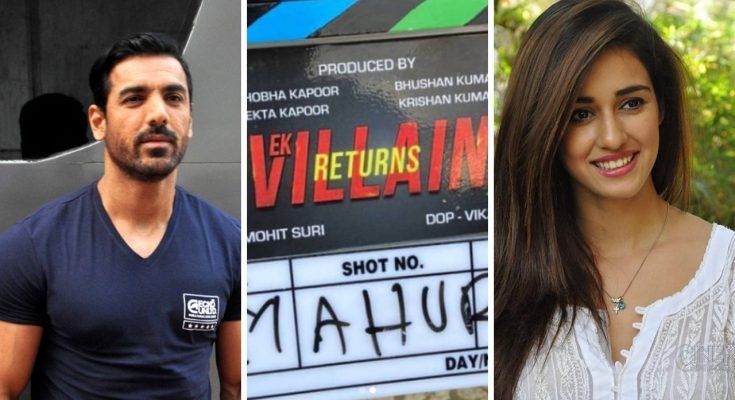 John Abraham and Disha Patani have started shooting for their upcoming film Ek Villain Returns. Also the release date of the film has also been finalized. The film will be on 11 February 2022 in the theater. The film is being directed by Mohit Suri. On the first day of shooting, Disha Patani shared a picture of the film on her social media and in the caption she wrote And Here Go Ek Villain Returns.

John Abraham also took to his Twitter to share pictures on the first day of shooting of the film Ek Villain Returns, where actors John Abraham and Disha Patani posed with the rest of the team including Mohit Suri and Bhushan Kumar. The film also stars Arjun Kapoor and Tara Sutaria. The film is the first collaboration between Abraham and director Mohit Suri, while Arjun Kapoor has previously worked with Mohit in Half Girlfriend of 2017.

Ek Villain Returns is the sequel to the 2014 film Ek Villain. In which Siddharth Malhotra, Shraddha Kapoor and Ritesh Deshmukh were in the lead roles.