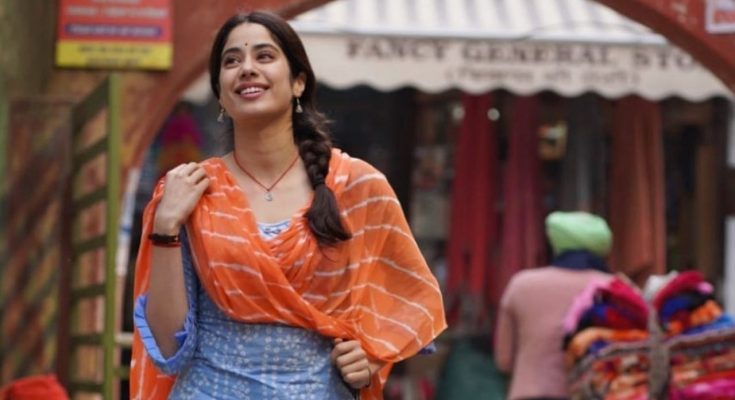 The shooting of Anand L Rai’s next film Good Luck Jerry has started, with Janhvi Kapoor in the lead role. Filmmaker Anand L Rai took to social media to announce the shooting of his next film. He tweeted and shared a poster of the film on his Instagram. Announcing the film on Instagram, Anand L. Rai wrote that welcoming Rang Yellow 2021, Good Luck Jerry has started shooting for our new film starring Janhvi Kapoor from today.

Filmmaker Aanand L Rai, who is known for directing films like Raanjhanaa and Tanu Weds Manu Series, went to Punjab with his new production team Good Luck Jerry. Deepak Dobriyal, Mita Vashisht, Neeraj Sood will be seen alongside Janhvi Kapoor in the film. It is a film directed by Siddharth Sengupta and written by Pankaj Matka.

Actress Janhvi Kapoor shared a glimpse of the film on her Instagram. Janhvi can be seen smiling in the photo Janhvi wore a salwar kameez with her hair styled in braids. He simply shared the photo with the name of the film as a hashtag and smiley.

The film is being directed by Siddharth Sengupta, who has made serials and films such as the TV show Balika Vadhu and ALT Balaji series Apharan.