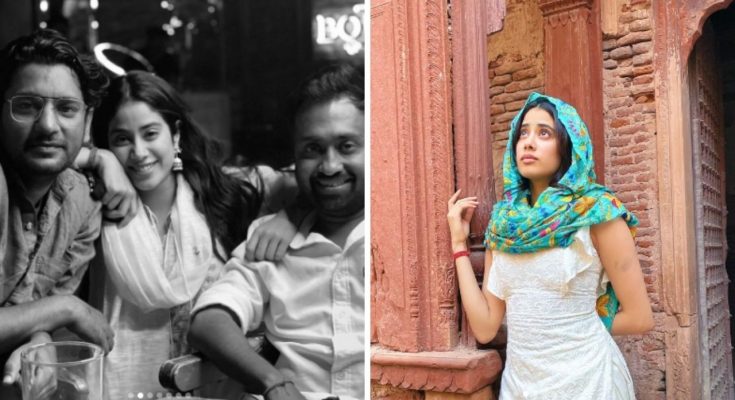 Janhvi Kapoor has completed the shooting of the film Good Luck Jerry. Janhvi confirmed it on social media. The film, written by Pankaj Matta and directed by Siddharth Sengupta, is reportedly a remake of the 2018 Tamil black-comedy Kolamvu Kokila, starring actor Nayanthara in the lead role. Janhvi Kapoor’s recent Ruhi film has been released.

Sharing some pictures from the set, Janhvi Kapoor wrote, “I can’t believe this will be a film wrap.” Many things have happened, changed, developed, learned and unleashed during and during this shoot. But through all of this I am excited to see all these faces and disturb them and laugh with them and unite without being tired and united to create something that was exciting for all of us. I will miss you all – this is a great understanding and thanks for all this.

In a picture of the film, as soon as the shooting of the film is over, Janhvi Kapoor is smiling with the team of Good Luck Jerry. Janhvi Kapoor was shooting for Good Luck Jerry in Punjab. Now, Janhvi shared some pictures with her team as she has completed the film film. Janhvi will now start shooting for Dostana 2, which also stars Karthik Aryan and Lakshya Lalwani. The film will be directed by Colin D Kanuha and produced by Hiro Yash Johar, Karan Johar and Apoorva Mehta under Dharma Productions.