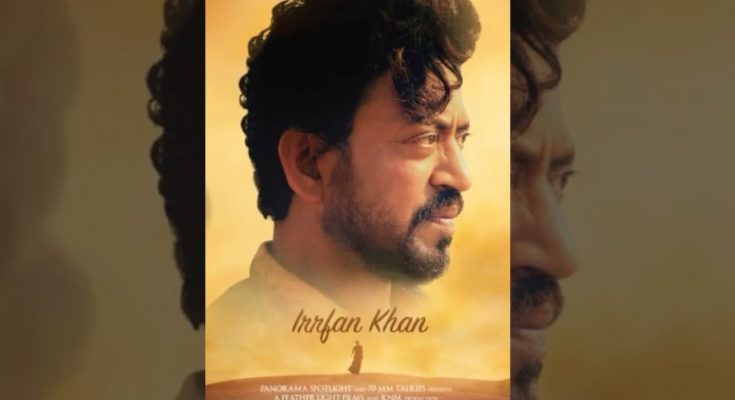 Irrfan Khan is not in our midst today, but his work will always keep him alive in our hearts. Irrfan Khan’s wife Sutapa Sikdar and Irrfan’s son shared a motion poster of the film on Instagram. In the caption he wrote, “Once more time, perhaps not the last. Panorama & 70mm will present the film, a fighter light and KNM production in cinemas across India in early 2021.

Irrfan plays the role of a camel trader in the film

Bollywood actor Irrfan Khan’s last film ‘The Song of Scorpions’ will be released on the big screen in early 2021. Directed by Anoop Singh, the film stars as an independent young tribal woman who tries to overcome a cruel betrayal. Irrfan plays the role of a camel trader in the film. Waheeda Rehman will also be seen playing an important role in the film. The film will also feature Iranian star Golashif Farhani.

Irfan said goodbye to the world on April 29 at the age of 54.

In the year 2021, viewers will get to see Irrfan’s charm on the silver screen for the last time. The late actor’s film titled The Song of Scorpions will be released in theaters next year. The film is written and directed by Anoop Singh And its world premiere took place in the year 2017 at the Locarno Film Festival in Locarno, Switzerland.