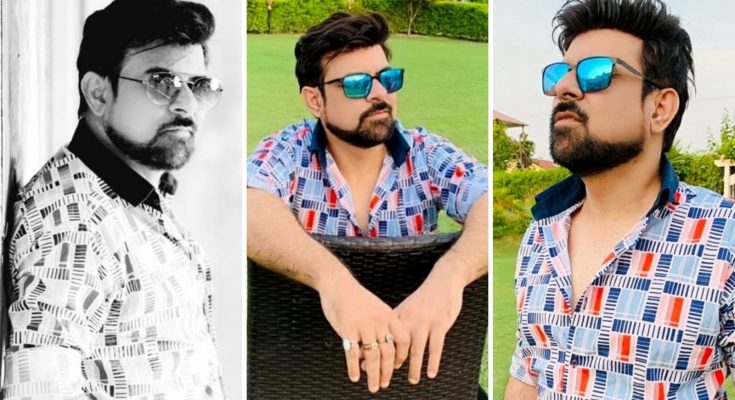 Producer-Director Vine Arora alias Vinay Arora had announced Hindi feature film “Jee Le Zara” in a press conference in Chandigarh in March 2019 and was preparing for its shooting. Many films on women’s empowerment have been made and the issue of women empowerment is being discussed time and again. But the issue of men’s empowerment is never discussed. Vine Arora wanted to communicate this issue after taking into consideration the women’s behaviour, their attitude etc. However, the shooting plan had to be aborted due to the covid-19 pandemic.

Now he had begun the shooting preparations. But in between he came to know that noted Producer, Director and Actor Farhan Akhtar has announced the film with same title “Jee Le Zaraa”. Due to this announcement, Vine Arora received a jolt and he went into depression. As such Vine Arora’s friend Director Gurudev Aneja advised him to ventilate his grievance through the media.

Now, Vine Arora has aired out his grievance through the media saying that “We were new. As such we thought that we could register the title with IMPPA after we reach Mumbai. We also thought that the matter has been published in many publications after the press conference so that this title will be ours and no one will produce the film with this title. Hence, we did not do anything in the matter. After that, due the corona virus outbreak we could not go to Mumbai. Eventually our title registration remained pending.”

About Farhan Akhtar, Vine Arora said that, “They are big people. I like his films. He may not be aware that I have already prepared for the film with title “Jee Le Zara” and had announced it three years back. As such I urge Farhan Akhtar to please give me this title because this title is most suitable for my film. Whereas Farhan’s film is in its initial stage. I have already spent lakhs of rupees on publicity, writing and other matter. I am not so rich that I could spend such a huge amount once again. If Farhan Akhtar gives me this title he will not lose anything, and I will be able to save my lakhs of rupees.”