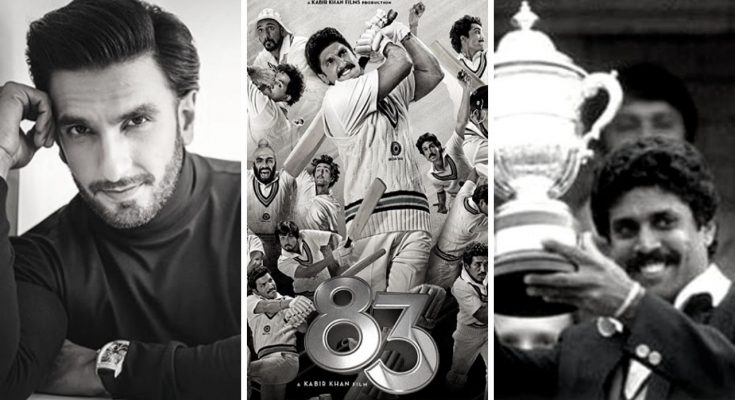 Director Kabir Khan’s film 83 being made under the banner of Reliance entertainment will soon be seen on the big screen.

The film was to be released in April 2020, But it was not released due to the corona epidemic,

Ranveer said on social media “83 is not only our film but the film of the whole country”.

Seeing the poster of the film, it seems that Ranveer has worked hard to look like Kapil Dev and has understood the body style of Kapil Dev very well.

Talking about director Kabir Khan, he started his career with a documentary film.

83 World Cup was held in England, The final match was between India and West Indies in which India won.

The story of 83 is based on how India won its first cricket World Cup.