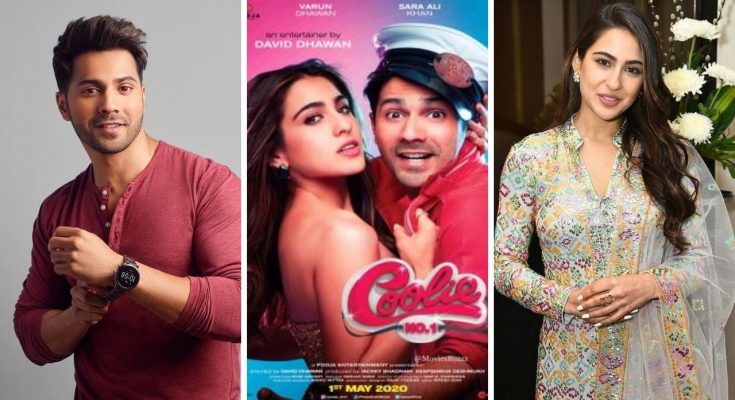 David Dhawan has always been known for comedy films, Many of his films are superhit, Which also includes Judwaa (1997) and Coolie No. 1 (1995). Just like he made a remake of a Judwaa film, in the same way, Coolie number 1 is making another film with his son Varun Dhawan.

Talking about Coolie Number 1 (1995), it had Govinda and Karisma Kapoor in the lead roles which came in 1995.

Coolie No. 1 (2020) will feature Varun Dhawan in the lead role and his opposite actress is Sara Ali Khan.

Sara Ali Khan started her career with the film Kedarnath, which came out in 2018,

Varun Dhawan and Sara Ali Khan together for the first time on the big screen Coolie No. 1 (2020)

Coolie No. 1 film is directed by David Dhawan and producing a films Vashu Bhagnani and Jackky Bhagnani/

Bollywood Hungama reports that ‘Coolie No 1’ is going to release on Diwali.

Coolie No. 1. Check it out now on Prime Video! Watch Now