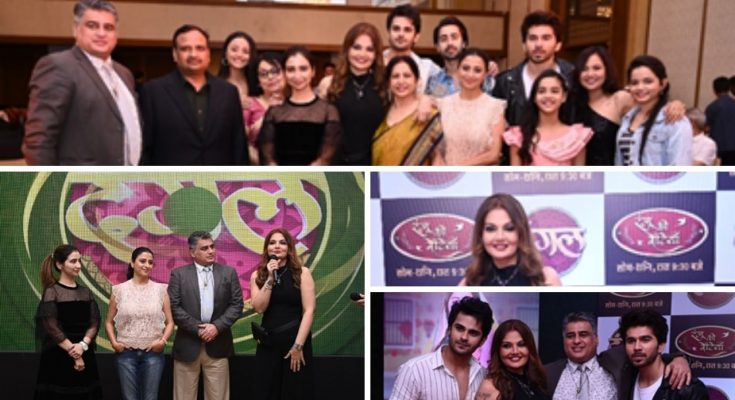 Manish Singhal (M.D, Enterr10 Network) and Rashmi Sharma (Producer) with the full cast of the show